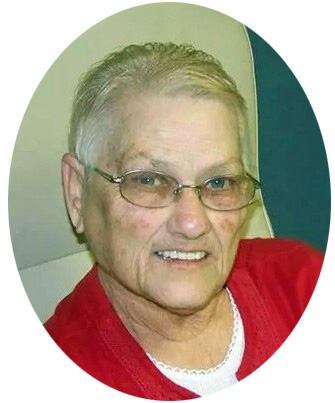 Audean Watson, 65 years, passed to Heaven on June 9, 2014 at her home with family by her side after an extended battle with cancer.
Audean was born Nov. 15, 1948 in Gainesville, Mo., to Arnold and Jerry (McDaniel) Lawson.
Audean and Darrel Watson  were united in marriage on March 5, 1967 in Thornfield, Mo., and to this union three children were born.
A graduate of Gainesville High School, Audean and her husband Darrel dairy farmed for 36 years in Noble, Mo.  Audean was an active member of the Wasola Fire Department, serving for many years as a first responder and firefighter with her husband.  She was active in Relay for Life and was known to the community as a caring person who did all she could to help others.
Audean was preceded in death by her mother, Jerry Lawson.
Audean is survived by her loving husband of 47 years, Darrel; one daughter, Kelly, wife of Kurtis Thomas; two sons, Keith Watson, and Scott Watson, husband of Julie, all of Wasola; her father, Arnold Lawson of Thornfield; six grandchildren, Kane and Kayla Thomas of Wasola, Amanda Hood of Hollister, Aaron Watson of Squires, Kirsten Watson of Wasola, and Ryan Watson of Wasola; one great-grandchild, Kathlene Hartley, of Hollister; two brothers, Bob Lawson, husband of Bulah, and Dennis Lawson; one sister, Jeannette, wife of Raymond Johnson; and many sisters and brothers-in-law, nieces and nephews and a host of other relatives and friends.
Funeral services for Audean were Wednesday, June 11, at 2 p.m. at the Oak Grove General Baptist Church in Wasola, with a visitation prior at 1 p.m. at the church. Burial was at the Oak Grove Cemetery following the service. Officiating was Pastor Ron Pinckney.  Memorials can be made to the American Cancer Society or Oak Grove Cemetery.
Online condolences may be made to www.clinkingbeardfuneral home.com.