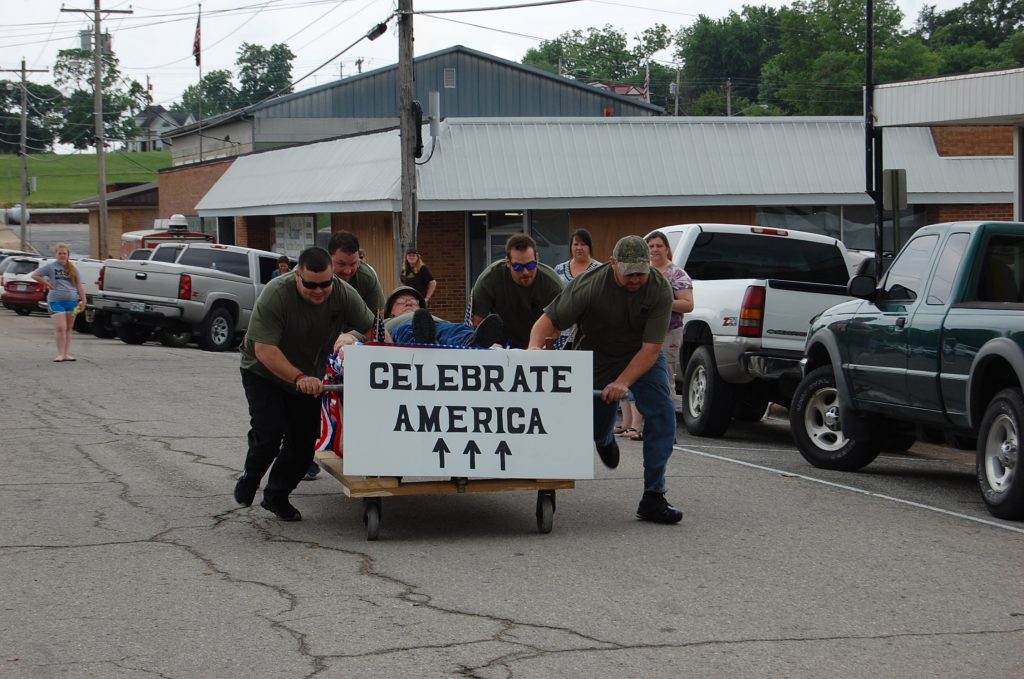 The Douglas County Sheriff's Dept. won the "theme" trophy at the Summer Fest bed race with a military theme on Memorial Day weekend. 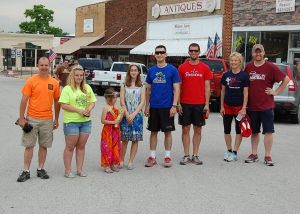 While it cannot be said that the weather was 100 percent cooperative with Ava’s first Summer Fest event held last weekend, all the scheduled events were held, although a few adjustments had to be made.
Isolated showers threatened the event, but downtown Ava was spared the heavy rainfall seen just a few miles away. The fiddle contest, held Saturday afternoon in tribute to the late Bob Holt, was moved inside Marriott Music Store on the Ava square, and the square dance Saturday night, slated for the City Park, also moved inside at Marriott’s store on the north side of the square after a late afternoon shower.
All in all, the first Summer Fest, which the Ava Chamber of Commerce plans to hold every year on the fourth weekend of May, was considered a big success.
“I think we accomplished what we wanted to,” said Ava Chamber of Commerce Executive Director Judy Shields. “We wanted to involve the entire community, and I think we did that.”
The opening events on Thursday right on through the final events of Saturday saw enthusiastic crowds, with a large number of vendors set up in the City Park, good participation in the parade and the bed races on Saturday, with lots of live music and entertainment thrown into the mix.
From the Lions Club’s pancake breakfast on Saturday morning to the plane rides at the airport, Shields said the goal of Summer Fest was to showcase the community.
The Ava Flying Club was overwhelmed by the number of folks turning out for plane rides and activities at Ava’s Bill Martin Memorial Airport on Saturday.
Live music, a fiddle contest and square dancing is a big part of Ava’s identity.
Shields said families were here from Joplin to Willow Springs, and all seemed to really enjoy their time spent in Ava.
The Douglas County Fair Association sponsored a cruise-in and car show Saturday afternoon and a demolition derby on Saturday night. Harold Lee’s 1969 Camaro was selected as the top pick in the car show. 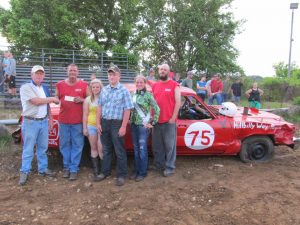 Winners of the demolition derby on Saturday night were: 1st place – car 75, Austin Roberts & Brad Philpott; 2nd place – car 31, Leslie Stamper & Atticus Frankie; and 3rd place – car 91, Dylan Kilgore & Dakota Melton.
A little shower of rain did not dampen the enthusiasm for the team bed race on Saturday afternoon.
The five-member team entered by Highway Church of the Nazarene had the best time in the race, and the Douglas County Sheriff’s Department won the trophy for best theme. Other teams entered were Medical Malpractice, Douglas County Hillbillies, and Ava Police Department.
Summer Fest kicked off on Thursday evening with the Summer Fest Pageant, coordinated by Rose Zella Myers and Sandra Amyx.
Making up the first Summer Fest Royal Court are: Queen, Kaylin Drenske; Princess, Hunter Watson; Prince, Trevor McChesney; Lil Miss, Halle Watson; and Master, Thomas Whitaker.
Following the pageant, a Summer Fest kiss a pig winner was revealed. During the past several weeks, the public  could vote with their dollars for Sheriff Chris Degase, Ron Wallace, Rex Sawyer or David Norman. On Thursday it was announced that David Norman was the winner of the contest, and although the pig tried to back out, David kissed it anyway. 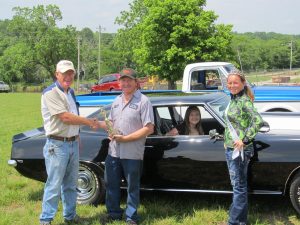