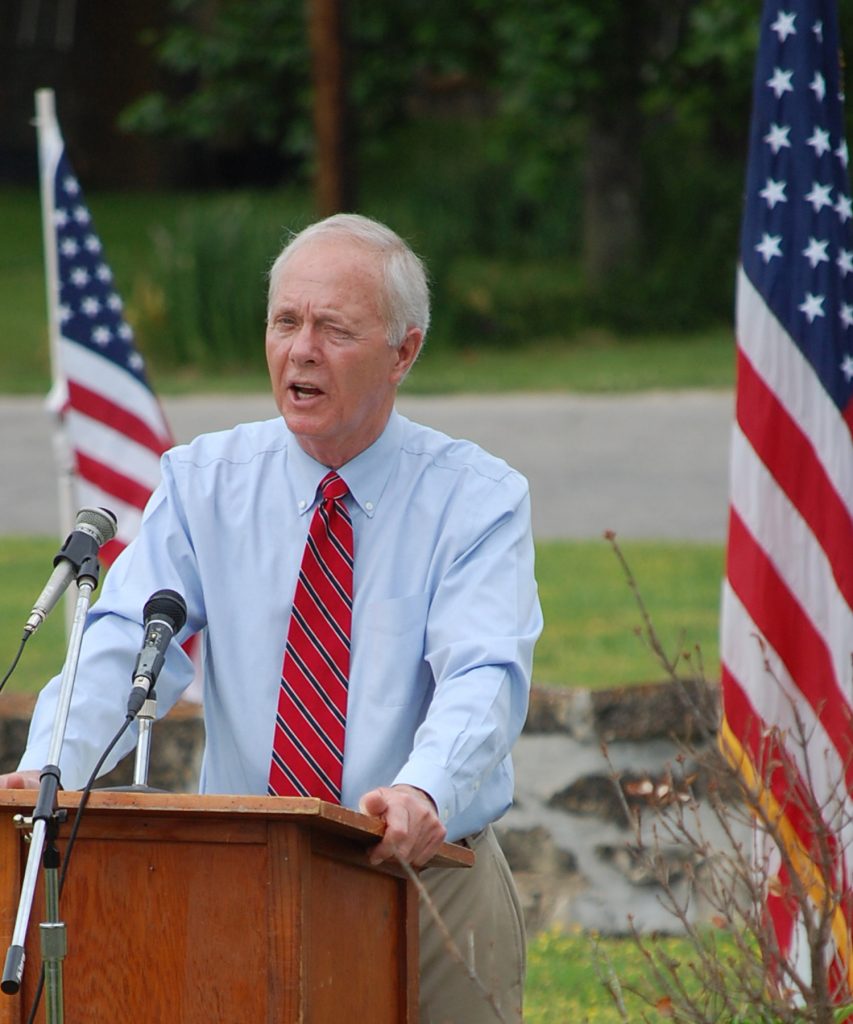 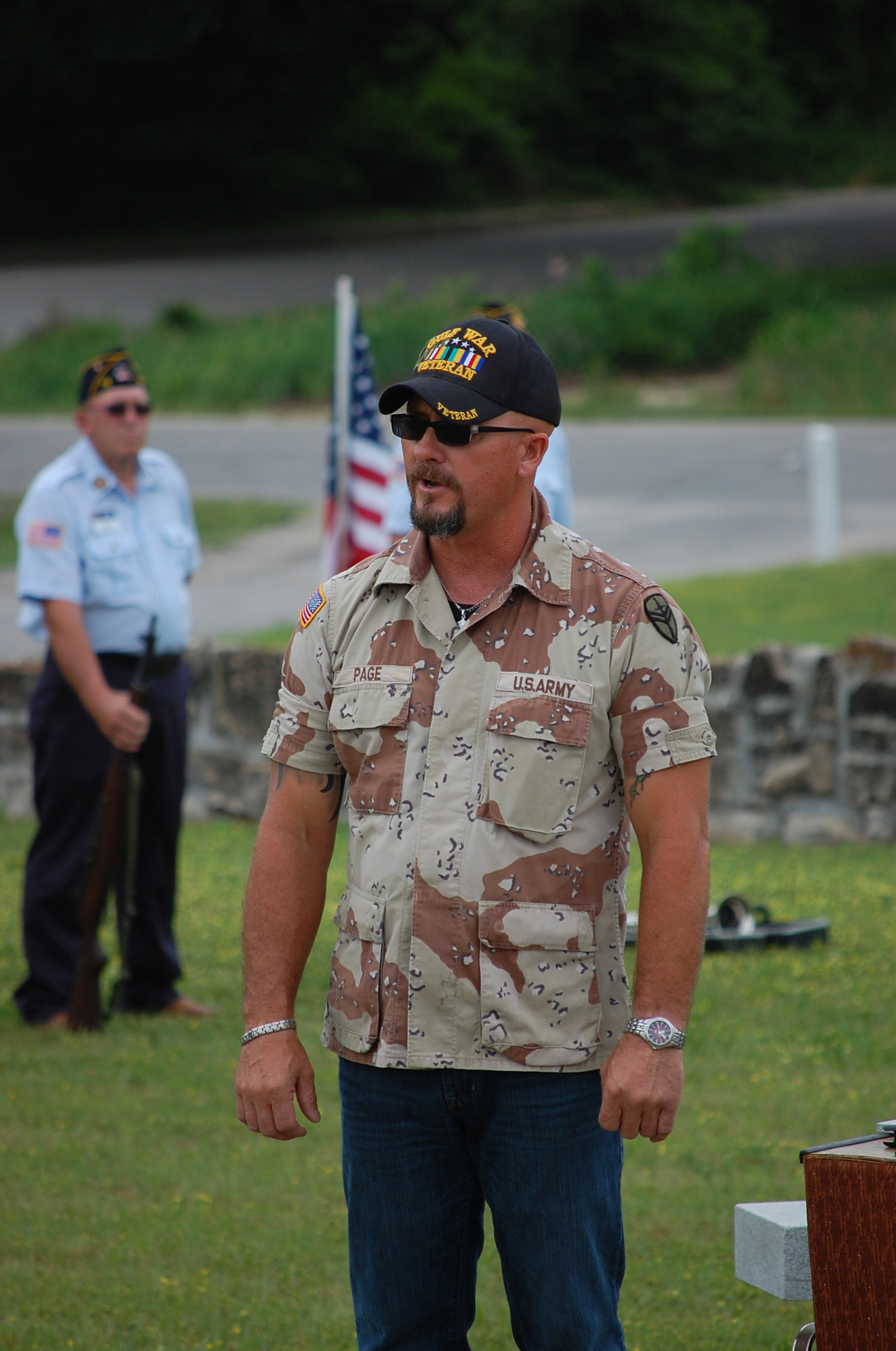 “Serving your country becomes a part of who you are. It becomes part of your story and part of the story of your family,” said State Senator Mike Cunningham, keynote speaker at the annual Memorial Day ceremony at the Ava Cemetery Monday.
Cunningham served in the Army from 1967 to 1969, but, he said, “I was one of the lucky ones” who returned home uninjured to resume his life.
Sen. Cunningham called attention to four servicemen from Missouri who have died in the past 12 months in service to their country. They are Army Chief Warrant Officer 2 Joshua Silverman, of Chesterfield, who died in a helicopter crash in Afghanistan in December 2013; Marine Staff Sgt. Eric W. Summers, of Poplar Bluff, who survived five deployments in combat zones but died in an explosion at Camp Pendleton, Calif.; Army Special Agent Joseph M. Peters, Springfield, killed by improvised explosive devices in an Afghan compound during a night raid; and Army Private Jonathan Michael Dean Hofstetter, of Humphreys, Mo., who died in Afghanistan in August 2013.
“We often hear about super heroes,” Sen. Cunningham said. “They wear capes; they wear Spandex. They are called Superman or Spiderman. They are not our true heroes. Our true heroes are our veterans.”
Sen. Cunningham called attention to 10 major wars that our country has been involved in, and enumerated the thousands and millions who have been involved in those wars.
In his closing comments, the state senator invited those in attendance at Monday’s ceremony to walk down and look at the names of those on the Veterans Memorial in the Ava Cemetery. He challenged, “Close your eyes and picture what they would look like,” he said. “They were just kids, 18, 20, 22 years old.”
The senator took opportunity to mention some of the legislation that has been passed during his tenure in Jefferson City.
Among those is the official Vietnam Memorial of the state of Missouri which will be built on the campus of College of the Ozarks at Point Lookout, in the Branson area.
Monday’s annual ceremony was sponsored by the Douglas County American Legion and Ava VFW posts. American Legion Commander Danny Letsinger was program emcee.
Included in the ceremony was singing of “God Bless the USA”, by Bobby Page.
Charlene Letsinger represented the American Legion Auxiliary in laying a wreath at the Veterans Memorial, and Legion members fired a 21-gun salute before the playing of “Taps” by Russell Hunt.
Small American flags were available to family members, to take and place on the graves of veterans.