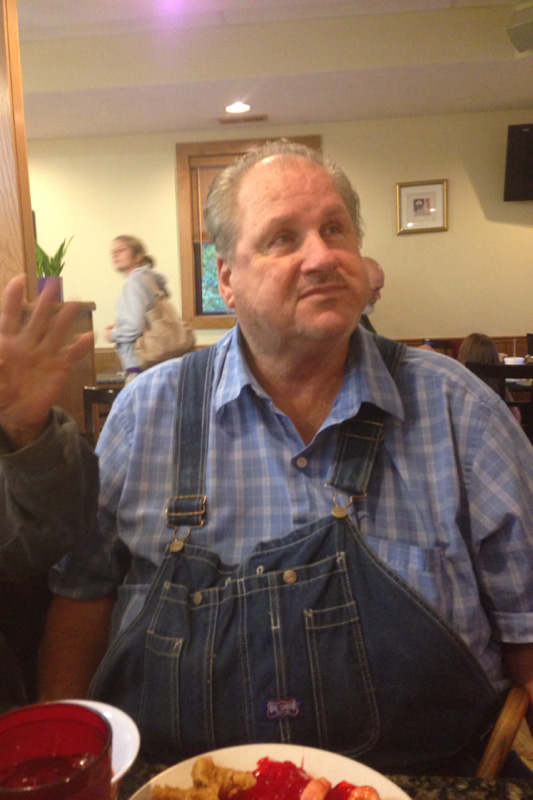 Larry Holt Haden, 69, departed this life May 14, 2014 at the Cox South Hospital in Springfield, Mo., with his loving family by his side. He began this life Jan. 29, 1945, at Smallett, Mo., the youngest child of Morley E. and Grace M. (Holt) Haden.
The tall, good looking, basketball player at Ava High School won the heart and hand of cute little Patsy Leckenby. They were married June 23, 1965 and were blessed with three sons.
Life was not always easy for Larry and Pat, money was often scarce but their love and devotion to family was huge. He leaves his family with a legacy of love, devotion, honesty, and hard work. He had an unusual amount of “common horse sense” about life in general and the farm in particular.
He was a loving father and grandfather. He enjoyed babysitting with his grandchildren. When his health prevented him from working on the farm, he often kept the grandchildren at the house. He had an uncanny ability to remember numbers, such as birthdays or phone numbers.
He loved to visit with people. In fact, it has been said of him that he could find someone to visit with “on the back 40 of the farm.”
Larry was a farmer. He worked hard at farming. Hauling hay with Larry was exhausting. He literally ran around the hay field throwing bales of hay, two at a time, on the truck. He was a dairy farmer who knew about cows and how to care for them. He knew about the ways of nature, the woods, and plants. Recently when he couldn’t work on the farm Pat took him out on the farm so he could “supervise” the boys’ work and offer “suggestions” on the jobs.
He was preceded in death by his parents and one brother, Fred.
Larry is survived by his wife, Patsy; three sons, Gary, Bill, and Joe; and 11 grandchildren: Glenda, Fred, Billie Jr., Dirk, Rachel, Buck, Bruce, Dean, James, and Tina. He is also survived by two brothers, Wilbern and Dall Haden, and one sister, Barbara Walker. He will be deeply missed by a host of other relatives and friends.