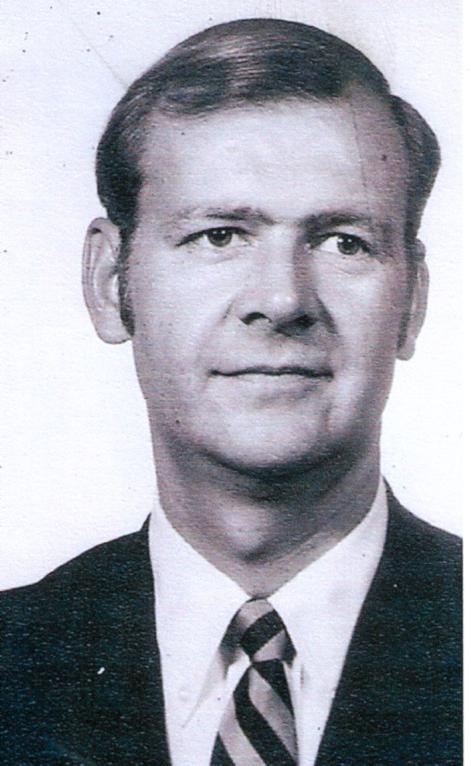 Paul Eugene Cunningham, 78, passed away peacefully at his Richardson, Texas, home on Saturday, April 19, 2014, with family at his side.
Paul was born Dec. 10, 1935, in Rome, Mo., to parents, Clifford and Ruby Cunningham, with the help of Doc Ellison and his paternal and maternal grandmothers.
Paul grew up in the Ava, Mo., area, graduating from Ava High School in 1953.
After graduation, Paul entered the United States Air Force where he proudly served his country. Paul spent part of these years in Gulfport, Miss., and England.
Paul met his wife, Treva Nell Freeburg in Ava, Mo. Their first date took place at the Douglas County Fair where Paul treated Treva Nell to a plane ride. Treva Nell would later say that Paul had “swept her off her feet.” They were married March 5, 1955, in Mississippi. Each year on their anniversary they would have the same dinner as their wedding dinner, fried chicken and French fries.
During his life, Paul enjoyed working and living in Missouri, Kansas, Oklahoma and Texas. He made many cherished friendships wherever he lived and maintained contact with many of them throughout the years. Paul was an affable, intelligent and humorous man who never met a stranger.
Paul enjoyed a long and successful career in the grocery business where he worked his way up from stocker to marketing. Prior to retirement, Paul spent five adventurous years living and working in Jeddah, Saudi Arabia, importing American foods to the Middle East. For Paul, a trip to the grocery store could take hours, as he would check every shelf on every aisle, often telling the manager how he/she could display something in a better manner. Paul enjoyed sales and was so good at it, that it was once said that if he ran out of gas, he could take off his socks and shoes to sell them for gas to continue on his way.
Growing up in Missouri, Paul had a love of the outdoors. Paul also took pride in his gardening, often issuing a bet with siblings on who would have the first ripe tomato.
Paul was an avid golfer, playing at every opportunity. Paul enjoyed playing tournaments with many professional, well known golfers on many famous courses both in the US and abroad. Paul once said his only regret in life was not playing in the Masters Tournament when asked.
Paul loved to travel. He was a global traveler with an adventurous spirit who traveled to more than 25 countries and five different continents. Paul had many stories to tell of the people he met and foreign countries visited. Some memorable visits include riding camels and playing golf in the desert, learning to scuba dive in the Red Sea and deep sea fishing in Mexico and Hawaii.
Services for Paul were held on Tuesday, April 22, 2014, at Restland Funeral Home and Cemetery in Dallas, Texas.
Survivors include his wife, Treva Nell, of Richardson, Texas; sons, David of Eureka Springs, Ark., and John and wife, Shelley, of Carthage, Ill.; daughter, Jean-Marie Cunningham Grissom of McKinney, Texas; mother, Ruby Cunningham, of Nixa, Mo.; brother, Ray and wife, Fran Cunningham, of Ava, Mo.; sisters, Lavon McGinnis, of Springfield, Mo., Janice Palmer, of Mulvane, Kan., and Deb Cunningham, of Springfield, Mo.
Paul was affectionately nicknamed “Beardy” by his surviving grandchildren, Matthew Grissom, Carrie Grissom Crowder and husband, Bobby, Ben Cunningham, Emily Cunningham, April Pearson and Greg Pearson. Paul is also survived by two great-grandchildren; several extended family members; numerous friends and Cousin Jones, his beloved Corgi.
Paul was predeceased by his father, Clifford Cunningham, his paternal grandparents, Joe and Gertie Cunningham, and his maternal grandparents Ben and Gertie Fulton.
Paul, you will forever be in our hearts. We thank God for the gift of your life and the love shared with you.
A memorial service is planned for later in the summer so friends may share in the celebration of Paul’s life.