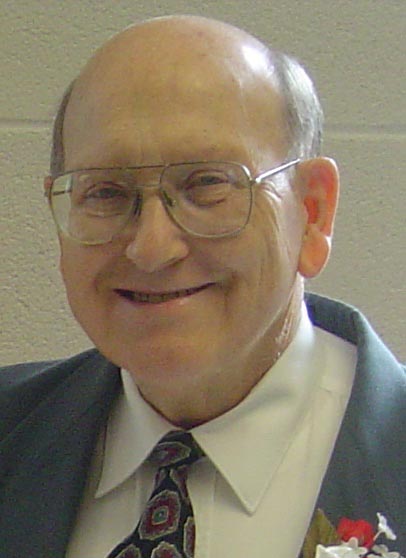 The Rev. Dr. Virgil Roy Lee Fry, 81, passed away early morning on Thursday, April 24, 2014 at Morrison Woods in Muncie, Ind.
Virgil was born on the family farm on Nov. 20, 1932, in Wasola, Mo., to Louin and M. Delsa (Coonts) Fry.
Devoting his life to spreading the word of God, through education and preaching, he was a Bible scholar who published many articles.
He graduated from Ava High School and served in the U.S. Army from 1953-1955, stationed at Osan, Korea, obtaining the rank of corporal. He was ordained by the General Baptist Church in 1956.
He graduated summa cum laude in 1959 with a BA in religious studies and English from Oakland City University. From Southern Baptist Theological Seminary, Virgil earned a bachelor of divinity in 1964, masters in theology in 1967, and a doctor of philosophy in New Testament studies in 1974. During this time, he pastored several different churches.
On Aug. 24, 1956, at Ditney Ridge Church near Carmi, Ill., he married E. Kathryn Chapman. They were married for 50 years.
Virgil taught New Testament studies and Greek at Oakland City University from 1967 to 1976 and at Huntington University from 1976 to 1987. He went on to pastor churches in Indiana, Iowa, and Ohio. During this time, he and his wife began a clown ministry of “Cornbread & Kathy”, performing at churches, nursing homes and other special events. He retired from ministry in 1997.
He is survived by his only son and daughter-in-law, Timothy and Lori Fry; granddaughter, Anna Fry; brother, Dale Fry; as well as several nieces and nephews.
He was preceded in death by his wife, E. Kathryn; three sisters, Lilliam Clayton, Elva Clayton, and Effie Johnson.
Funeral services will be held at 11 a.m. Central Time, on Saturday, May 10, 2014 at Campbell Funeral Home, Carmi, Ill., with Rev. Doug Low officiating.
Visitation for family and friends will be from 9 a.m. until the start of the service on Saturday, May 10.
The family wishes to thank Morrison Woods and Seasons Hospice for their care and support.
Memorials may be made to the Oakland City First General Baptist Church: 224 W. Harrison St., Oakland City, IN 47660.
Arrangements have been entrusted to Pitman-Richman Funeral Home, 200 S. Hartford St., Eaton, Ind.
Online condolences may be left for the family at www.waters funeralhomes.com.