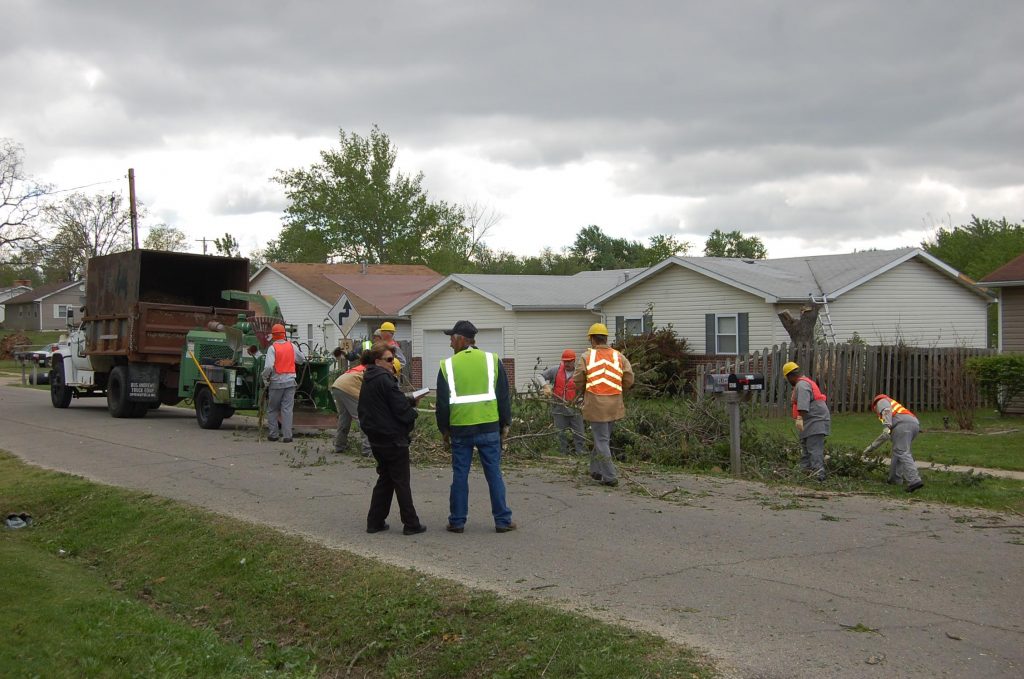 Ozark Correctional Center, Fordland, brought a crew of about a dozen men to Ava last week to help clean up brush damage from the storm earlier in the week. Corrections Officer Marsha Hutchison, shown in the picture above, and Captain Kirk Pueppke were among the officers who accompanied the inmates to Ava. Meals were provided for the workers each day they were here, as an expression of appreciation. OCC and Douglas County inmates utilized city and Douglas County brush chippers to clean up the heavy load of downed trees and limbs. Ava Mayor Eddie Maggard said it would have taken the city weeks to accomplish what the work crews were able to do in a few days.