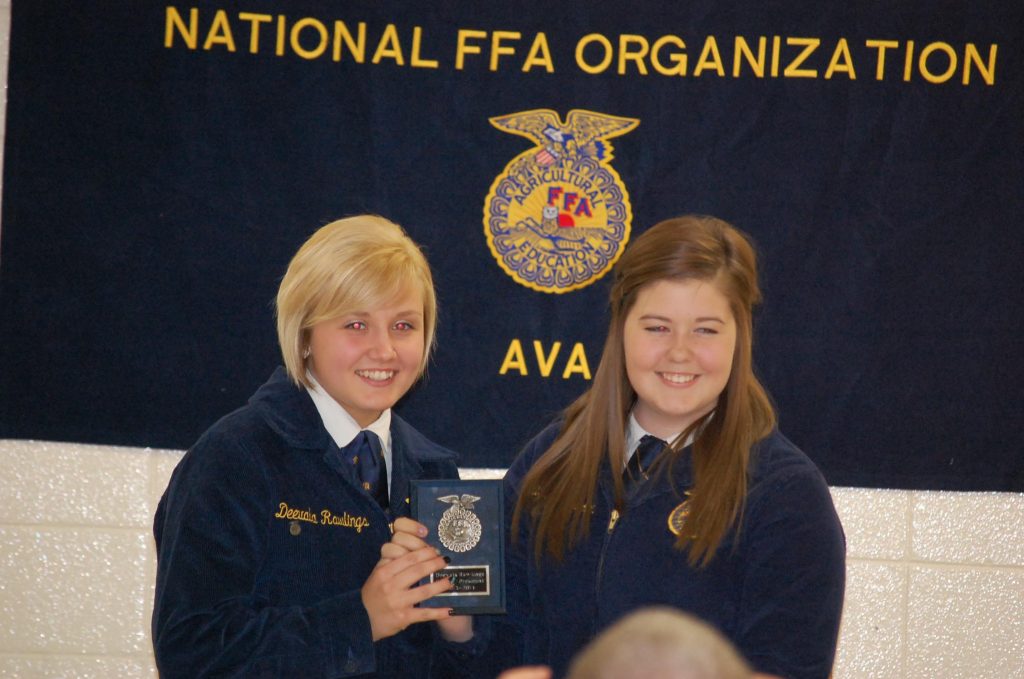 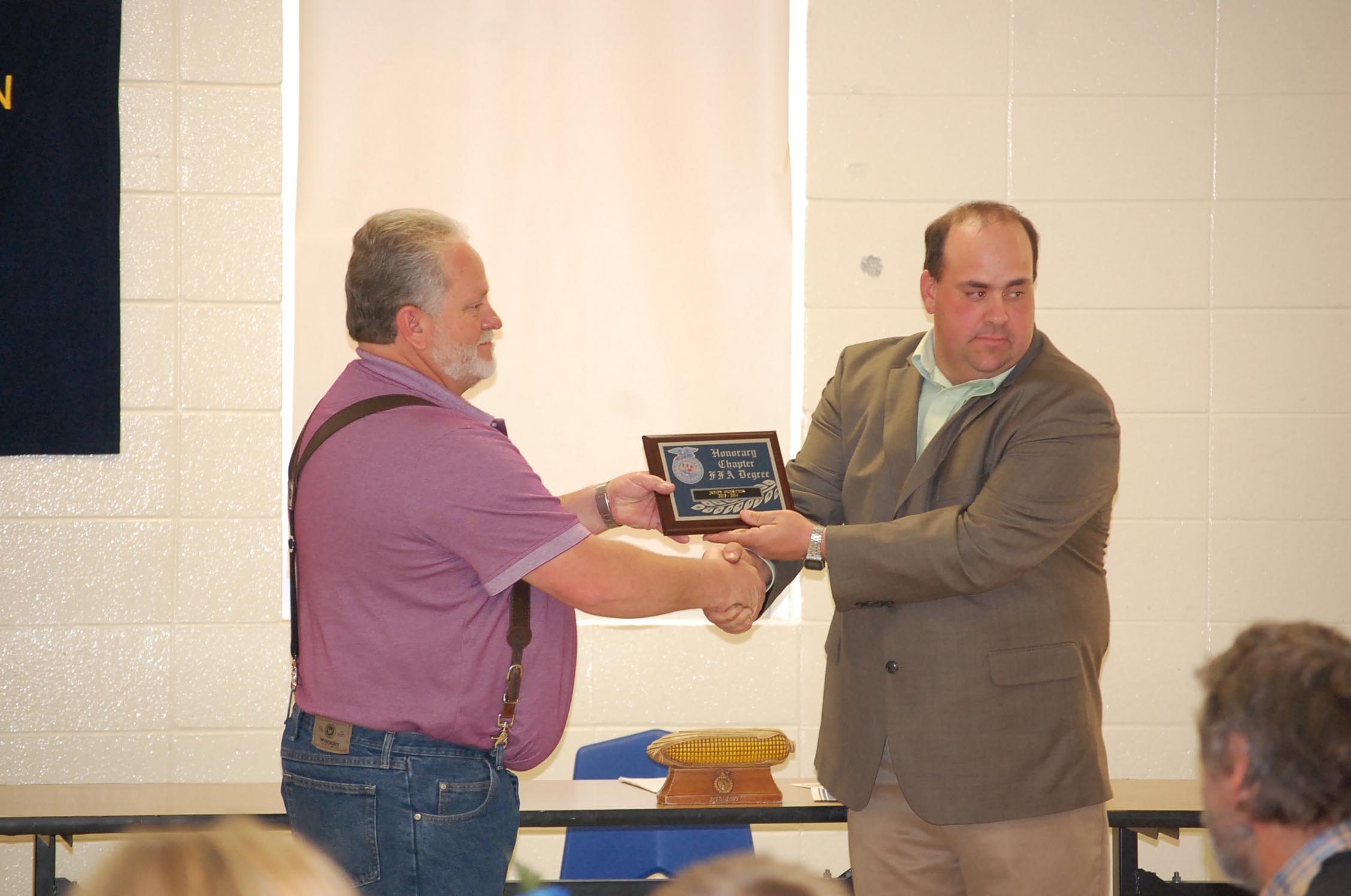 By Molly Henderson
FFA President 2014-15
The Ava FFA Chapter held their annual banquet, Friday, May 2, at 6 p.m. at the high school cafeteria.
Members and guests were provided with a meal which consisted of grilled chicken, corn, scalloped potatoes, peach crisp and vanilla ice cream.
Members received awards and degrees, and the new 2014-2015 officers were installed.
The new officers are as follows; President: Molly Henderson; Vice President: Hope Evans; Secretary: Chandler Roberts; Treasurer: Ivie Macy; Sentinel: Paxton Kjar; Chaplain: Ann Morris; Historian: Jaimie Holland; Reporter: Lacy Diel.
We would like to thank everyone who has supported our chapter this school year and will continue to support us throughout the summer. We plan on having a great rest of the school year and an even better summer.