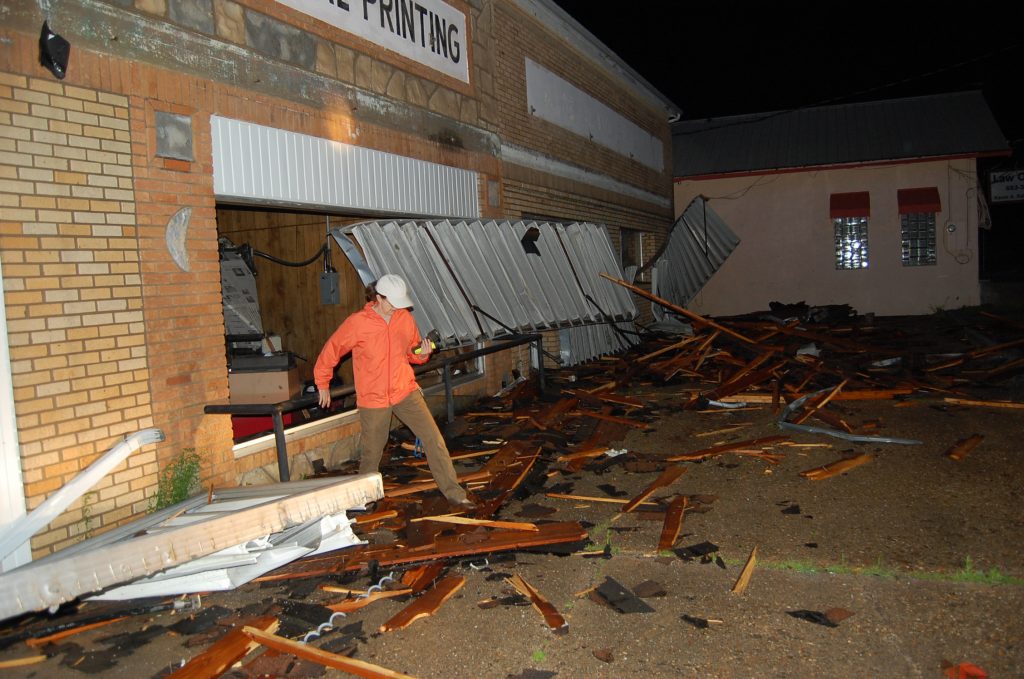 A fast-hitting but powerful storm passed through Ava just after midnight Monday, knocking out electrical service to most of the city and causing tremendous damage to businesses and residential property.
Ava Schools were canceled because of no electricity, county and city offices did not open, and many businesses were shut down for the day due to a lack of power.
Those businesses that were able to open did a booming business, especially if they offered food items.
The National Weather Service classified the storm as an EF-0 tornado as it passed through the Goodhope community southwest of Ava, but said the damage in Ava was caused by straight-line winds created by a powerful microburst.
The tornado that cut a swath through the Goodhope area was 100 yards wide and one mile long, the Weather Service said.
The storm took a northeast path through the west end of Douglas County, producing winds of 83 to 90 miles per hour as it passed through Ava.
Storm warnings had been issued in southern Missouri earlier Sunday evening, and Douglas County was still under a tornado watch when the storm hit, but no warning was issued for the Ava area until after the storm had passed through the area.
The damage area began just west of the Ava square, downing trees and snapping power poles along West Washington Avenue near the Ava Post Office. Roofs were torn off business buildings on the square and along North Jefferson Street just north of the square, and downing more power poles.
From there the storm continued in a northeasterly direction, doing major damage to the Douglas County Herald building, then making its way into the residential area of northeast Ava where numerous trees were downed, roofs were blown off and more damage to utility services.
Clean-up began at daylight Monday morning as city and county crews, volunteer fire departments, and citizens of the community pitched in to do whatever they could to help their neighbors.
Sheriff Chris Degase authorized non-violent inmates to join in the clean-up effort Monday, and on Wednesday, crews from Ozark Correctional Center in Fordland joined in the work, clearing brush and debris. Both the City of Ava and Douglas County provided brush chippers to speed up the work which will probably continue through the rest of the week.
Electrical crews from Springfield City Utilities and Nixa were in Ava this week helping restore electrical service that was back on to most of the city by Monday night.
Monday’s storm followed almost exactly the same path as a tornado that tore through Ava six years ago, but many felt this storm did more damage than the 2008 tornado.
Ava/Douglas County EMA Director Billy Long expressed appreciation to all the many agencies that joined in to help in the clean-up effort.
So far as is known at this time, no one was hurt by the storm, largely because of the hour it struck.
Considering the damage to business buildings, downed power lines and the amount of debris scattered through the town, had the storm occurred when people were at work or on the streets, there is a good chance many would have been injured or perhaps killed. 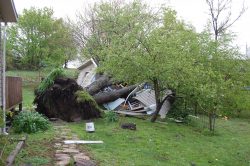 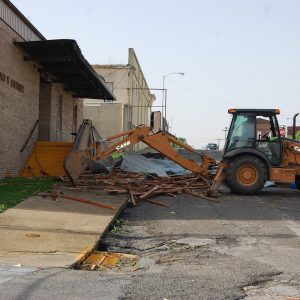 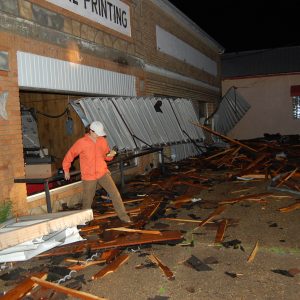 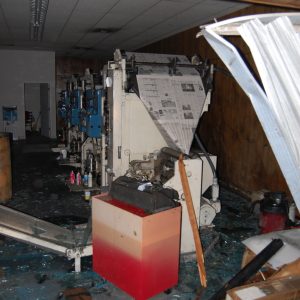 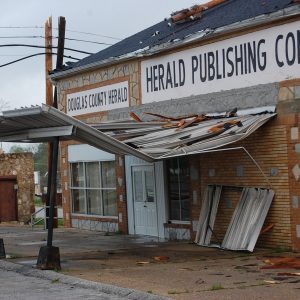 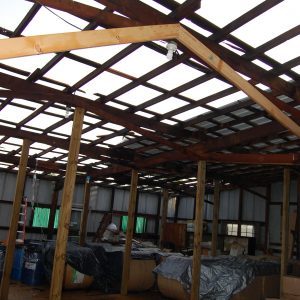 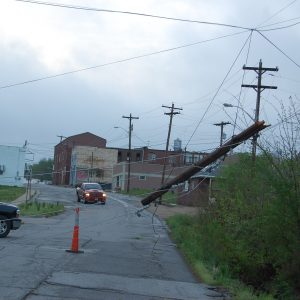 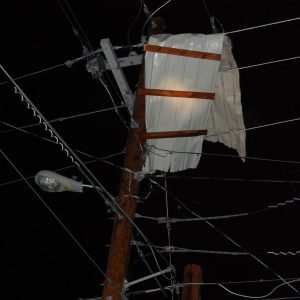 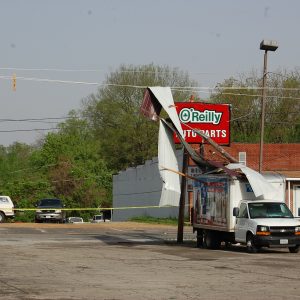 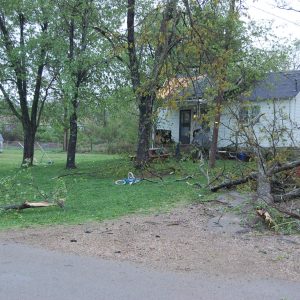 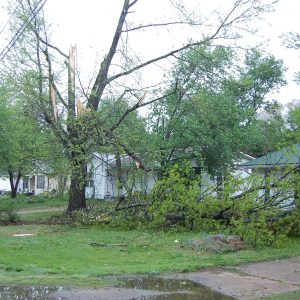 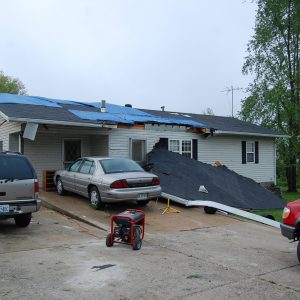 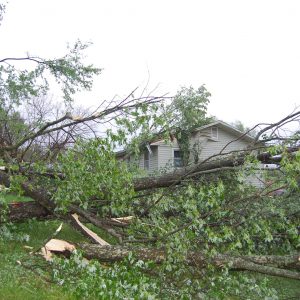 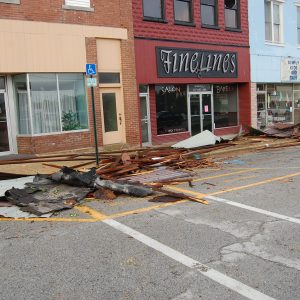