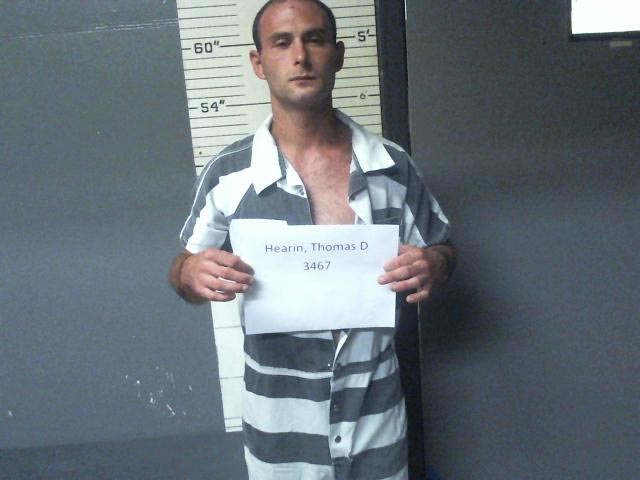 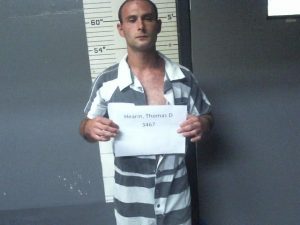 An arrest warrant was issued early Tuesday morning, April 29,  for Thomas D. Hearin, 28, of Ava, following a stabbing incident just outside Ava.
Hearin is being held in the Douglas County Jail on six felony charges.
The victim, a 31-year-old Ava man, was stabbed multiple times and was airlifted to a Springfield hospital where he was treated and released. A female who intervened sustained a minor cut and puncture type wound but did not seek medical attention, Sheriff Chris Degase said.
Hearin was arrested approximately one-half mile from the scene east of Ava where he was found hiding in a pickup.
He was charged with three counts of armed criminal action, two counts of 1st-degree assault, and one count of domestic assault, 2nd degree.
Bond was set at $75,000 cash only by Associate Circuit Judge Elizabeth Bock.
The victim, who was not identified by authorities, is recovering from his injuries according to the sheriff.