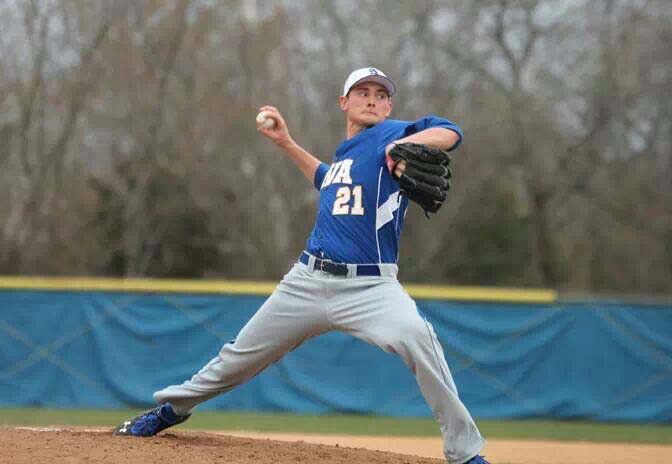 The Ava High School Baseball Bears picked up two more wins this week over Mansfield and West Plains, improving to 3-0 on the young season.
The Bears are scheduled to open SCA play at Houston today (Thursday) at 4:30.
At Mansfield last Thursday afternoon the Bears took a 12-4 win from the Lions.
Zach Hunsaker was the winning pitcher for Ava, allowing three earned runs and striking out five Mansfield batters.
Hunsaker pitched six innings, and was relieved by Cody Huff in the seventh.
Morgan Smith was 2-for-4 at the plate with three runs batted in for Ava. Cooper Emerich was 3-for-5 with a double and an RBI.
Ben Loge, Shannon Porter and Huff each had two hits on the day.
Emerich, Porter, Huff and John Luebbering each crossed twice for the Bears, adding to the 12-run tally.
The Bears scored four runs in the second and three more in the third inning to take a 7-0 lead after 2-1/2 innings. Mansfield responded with three in the bottom of the third and another in the bottom of the fourth inning to trim Ava’s lead to 7-4.
The Bears then tallied five more runs in the top of the sixth inning to put the game away.
The Bears traveled to West Plains on Tuesday and got a big 7-4 win over the Zizzers.
Ben Loge was the winning pitcher for Ava, going to 2-0 on the season.
Loge pitched 5-1/3 innings, allowing three runs and striking out six West Plains batters. He also walked five Zizzers.
Huff pitched 1-2/3 innings in relief and got the save for Ava.
Porter and Huff each had two RBIs on the day. Chance Boyd and Luebbering each scored two runs for the Bears.
Emerich was 1-for-4 with a triple; Loge and Smith were each 2-for-3 at the plate and Porter was 2-for-4 with a run scored.
Hometown fans will get a chance to see their Bears in action at Kerr Field next Tuesday when Ava hosts Springfield Central in a 4:30 encounter.