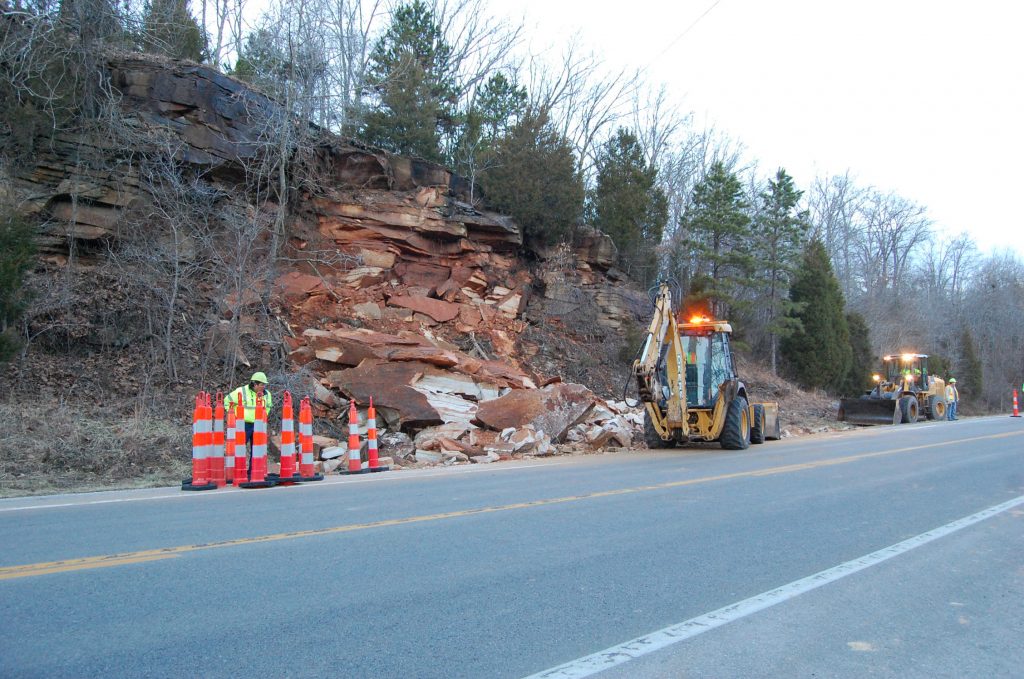 MoDOT crews were called out around 4 a.m. Monday to clear Highway 5 north of Ava after a large section of a rock bluff came down into the roadway. Workers said one car apparently hit the fallen rocks in the darkness of the predawn hours. This is the same area just south of the Wright County line where a similar incident occurred in April 2013. At that time, MoDOT removed a large section of the rock bluff, but apparently all the freezing weather this winter broke more rock loose.