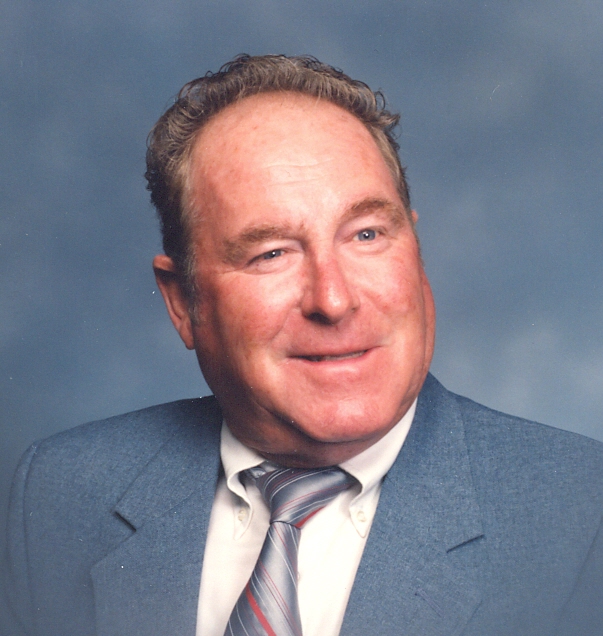 Loren Thomas Sanders, age 89, of Davenport, Iowa, passed away Jan. 14, 2014. Funeral services were held Friday, Jan 17, at  11:30 a.m. at the Runge Mortuary Chapel, Davenport, Iowa, and he was buried with full military honors in the  Davenport Memorial Park. Visitation was held 5:30-7:30 p.m. Jan. 16 at the mortuary.
He was born on Feb. 7, 1924, in Ottumwa, Iowa, a son of the late Burl and Bertha (Alcorn) Sanders.
On Nov. 28, 1942 he was united in marriage to Beulah Doris Vaughan and to this union two sons and two daughters were born.
On Aug. 15, 1966 he was united in marriage to Vivian Freeman and to this union two sons were born.
He was a veteran, proud of serving his country in the United States Army during World War II.
Loren was a truck driver and construction worker most of his life, a longtime employee of Tri-City Blacktop, Bettendorf, Iowa and enjoyed working with heavy equipment. He was a member of Midwest Operating Engineers for over 45 years.  He loved gardening and could fix anything.
He was preceded in death by his parents; one son, Steve Sanders, one daughter, Karen Conley, and one grandson, Doug Henley; and three brothers, Tommy, Leonard and Lester.
Loren is survived by three sons and one daughter, and their spouses: Eddie Sanders and Sharon,  Kenneth Sanders and Lucinda, Jake Sanders, and Joanne Welker and Rod: two stepchildren Beverly Halliday and Michael, Jerry Sartor and Mary; one son-in-law, Billy Conley; two sisters-in-law, Wilma Sanders and Lottie Sanders; 13 grandchildren and several great-grandchildren; and numerous other friends and relatives.