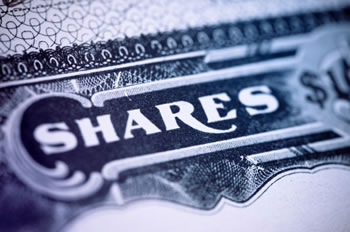 According to Oscar Wilde, Irish writer and poet “questions are never indiscreet…”

Once again the Ava Industrial Development Corporation is running a legal notice in the Douglas County Herald.  This notice is the firm’s second attempt to call folks into action by announcing an opportunity for stockholders to sell their shares back to the company and relinquish shareholder status.

The legal is located on Page B-2 of this edition of the paper.

The AIDC has been in existence nearly 58 years.  More importantly, however, is the fact the AIDC was funded with money provided by families and residents of Douglas County.

In 1955 the plan to bring industry to Ava sprouted from a group of influential businessmen who had the foresight and heart to join together and promote Ava and the local work force.  Upon legally forming an Ava In­dustrial Development Corporation (AIDC), the men pushed forward with a community-based plan to attract major industry to town and create jobs for families in the area.

The plan achieved outstanding results and raised $230,000 for the construction of a plant facility in town, and soon thereafter, Rawlings Manufacturing located in Ava.

It was a successful initiative –– but, it was also a solid partnership between AIDC board members and families in Douglas County.  Both groups worked pas­sionately for the project.

Presently, the corporation owns approximately 20 acres of prime business property and monetary assets in the bank.  Many guestimate the corporate holdings to total $1.2 million; others perceive holdings are higher.  Consequently, with the proposed buyback, the offer has stimulated a host of questions, such as:

•Why is the AIDC buying back stock now?

•Who will own shares the board buys back?

•Where did the buy back price of $100 per share come from?  What formula was used to attain this value?

•If the repurchasing is successful and stockholders relinquish stock, the number of known community stockholders will decrease and the AIDC board of directors will have absolute control of the corporation.  The board will hold the majority of stock, as well as have the majority vote. Why is this important now?

•What does the board plan to do with corporate assets, specifically the land and money?

•Stock repurchases most generally increase the value of stock for the board of directors and remaining stockholders.  Joel Greenblatt, a professor with Columbia Business School and chief strategist for a Fortune 500 company explains the concept in his book entitled, The Little Book That Still Beats the Market, wherein Greenblatt notes:

“Often companies buy back their own shares.  If a company believes its shares are undervalued, the management of the company can decide that it is a good investment to use its own cash and repurchase some of the company’s shares.”

Greenblatt continues, “This would reduce the amount of cash the company had, but it would also reduce the number of shares outstanding of the company. If ownership of the company is distributed among fewer shares, each remaining shareholder would own a larger percentage interest in the company.”

So, what is the real value of the AIDC stock?  What is it worth?

By using a standard formulary, it can be determined that the buying power of $25 from 1959-60 equates to a value of $201.61 in today’s economy; consequently, it may be likely the $100 per share assessment underval­ues the original purchase price amount.

But also in considering the actual value of the stock, it is notable that the present AIDC board has been unproductive in bringing outside industry or jobs to Ava, and in turn, assets are not being used to benefit the community.  Therefore, doling out a small portion of total assets to repurchase stock appears unsuitable.

According to info provided to the Herald last April by a Springfield attorney, AIDC board members must follow protocol to dissolve the corporation. It was explained as follows:

With that in mind, let’s pretend  … and presume the board plans to dissolve the AIDC in the near future … if the board holds majority stock, dissolution is easier to accomplish.  But, once again, questions remain –

If dissolution occurs, how will the corporate assets be dispersed, and to whom?

What value will be placed on the stock owned by board members?  Will it be $100 a share –– the same value now offered to the community stockholders?

These questions may or may not be valid or applicable. However, right or wrong, answers from the board of directors are needed and clarification should be forthcoming. Recent board activities may be in the best interest of community stockholders, but without direct answers from the board, no one knows.

The AIDC’s original impetus was a quest for progress, coupled with a strong desire to bring industry and jobs to the area. A progressive and proactive AIDC board of directors focused solely upon advancing Ava as a hub for industry and a viable work force, and the people of Ava embraced the actions.

The start-up investors exhibited long-standing trust and conviction by supporting the corporation, and that premise may be outdated today.

Consequently, change may be in order for the organization’s focus and a new mission to impart to the community.  Rather than focusing on industry, future use of funds might include a grant or endowment program for community betterment; a partnership with City of Ava for parks or recreational improvements; hiring a focused expert to attract industry or commerce; or perhaps, engage a successful ad agency to promote business aspects, retirees or tourism areas.  Nonetheless, there are always options to consider, and in moving forward, it appears timely to hear from the AIDC board as to what they propose.  What is their commitment and plan for the benefit of community?

In recent years, the absence of accountability from the AIDC has corroded public trust.  But under the pending stock repurchase, it seems timely for the board of directors, not an attorney, to provide business plans for the future use of assets.

The board should function with open transparency, as the corporate structure was started “for the people and financed by the people of this community”.  Clarity of purpose demonstrates intent, but would also show respect and honor for those who initially brought industry to town, paving the way for today.

Ava, unlike many other small towns, currently has industry and jobs through Scroll Compressors –– a real asset, indeed.   However, it is the underpinnings and bedrock of the ‘59 initiative that endure, and the community was instrumental in making it happen.  And, until now, nothing had changed for community shareholders.

As for the old-fashioned trust and affiliation between shareholders and board of directors, it is a partnership, just like first established in 1959.

However, today, there seems to be too many unanswered questions.

Note:  As a current stock holder and representative of family-owned stock, I would like to know the protocol for shares not being offered for  repurchase at this time?  Also, do stocks that have been passed down from generation to generation need to be reported to the board so holdings are not deemed lost or assumed obsolete?

And, if stockholders do not participate in the buy back, will holdings become less significant or obsolete?

Who presently serves on the board of directors?