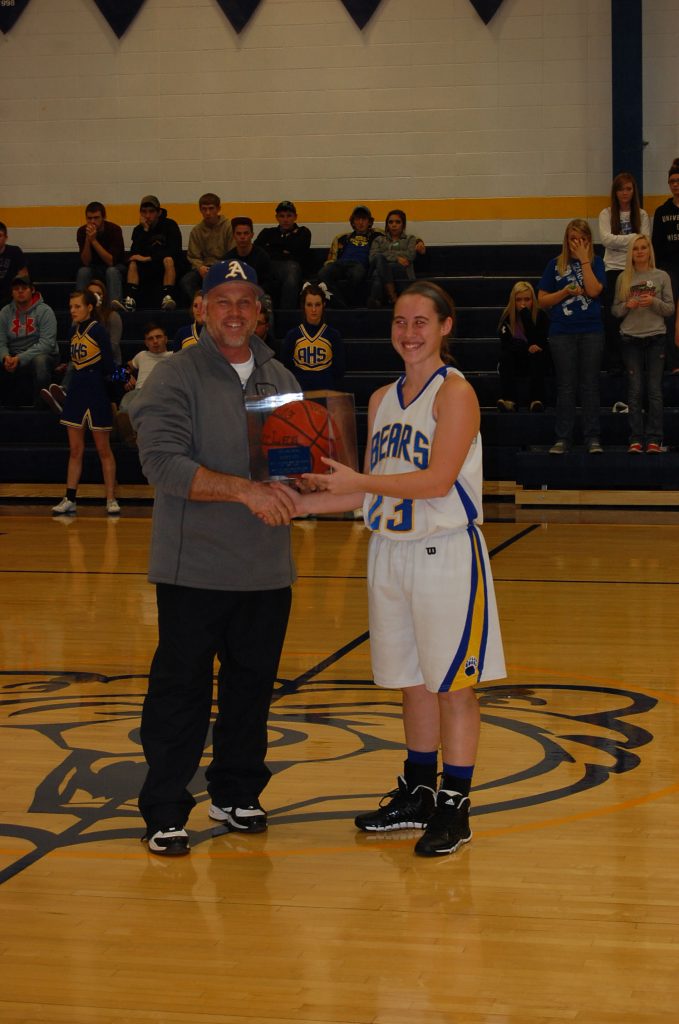 Ava High School senior Bailey Lee was recognized last Thursday night for two milestones that she accomplished during the 2012-13 basketball season. Above, Lee is awarded a commemorative basketball at center court by Athletic Director Rex Sawyer.

During the 2012-13 basketball season, Bailey Lee broke two 3-point scoring records in Lady Bears basketball.
Lee, a senior this year, was recognized before the start of last Thursday’s home opener with Rogersville. Athletic Director Rex Sawyer presented Lee with a commemorative basketball at center court.
In a game with Norwood last year, Lee scored six 3-point shots, tying her with Kelli Bilyeu for the most 3-point baskets in a single game. Bilyeu set the mark in the 2009-10 basketball season.
Lee’s biggest achievement, however, came when she set the Ava Lady Bears single-season 3-point record with 56 3-point baskets. That is the most 3-point shots of any Lady Bear in the history of women’s basketball for a single season.
Lee’s accomplishment surpassed the previous record of 55 baskets set by Jordan Wendler in the 2000-01 basketball season.