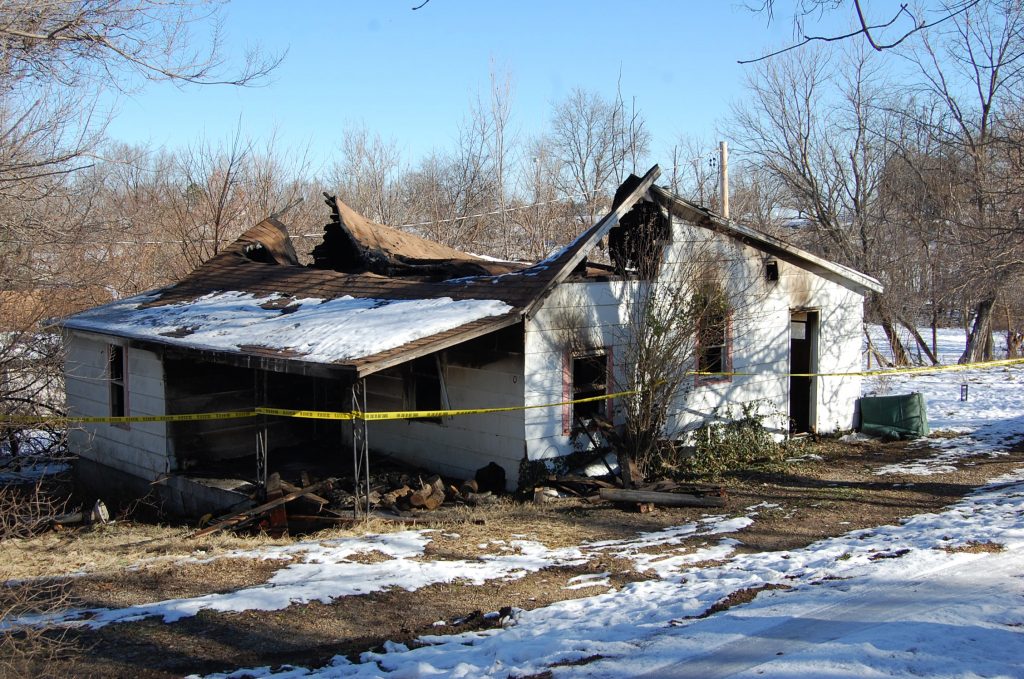 Firemen battled freezing rain, snow, slick roads and cold temperatures for some five hours last Friday night when fire broke out in a residence on the city’s east side.

The Ava Volunteer Fire Department responded just after 6:30 p.m. Friday and upon arrival called for Ava Rural Fire to respond in mutual aid with additional water, due to a lack of fire hydrants in the area. 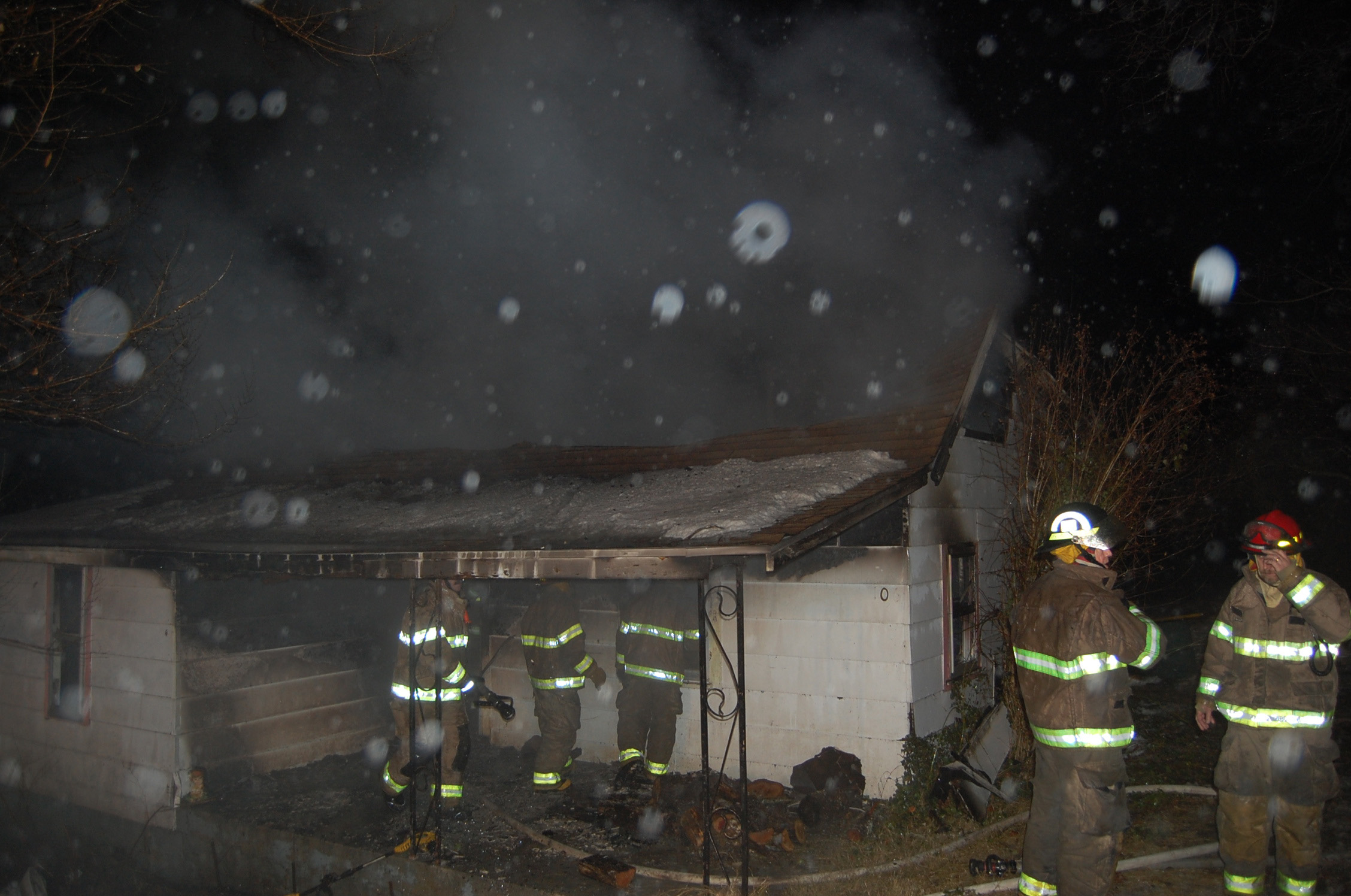 Firemen from the City of Ava and Ava Rural Fire departments battled freezing rain and snow, as well as fire, at this house fire in east Ava last Friday night.

A 2.5  inch hose was extended several hundred yards by hand across an open, snow-covered field from a hydrant on Highway FF to provide water to the fire scene, and Ava Rural Fire Department shuttled water in two tankers, as well as providing manpower to assist with the attack.

The wood frame structure was totally involved in fire when the first units arrived and the house was a total loss.

Although the residence was supposed to be abandoned, and the city had turned off all utilities some time ago, fire personnel were told there was an individual living in the house and family members and neighbors insisted he was home.

Firefighters and State Fire Investigator John Matney spent some two hours digging through debris and searching the residence for a possible victim. During that time Ava Police and the Douglas County Sheriff’s Department were also checking other possible locations, and it was after 10:30 p.m. that the suspected occupant was located, unharmed in another location.

The house was apparently being heated by a woodburning stove, which was believed to be the cause of the fire.

The State Fire Marshal’s Office was called to investigate initially because of suspicious circumstances, and the investigation escalated when it was believed there was a victim inside.

The investigation remains open this week as the State Fire Marshal’s Office and Ava Police continue to question people about the circumstances.

On Saturday, personnel with the Ava Police Department talked to the owner of the property who lives out of state, and he verified that no one was supposed to be living in the house.

Ava Police and Douglas County Sheriff’s Department provided traffic control during the entire evening because fire trucks had to be parked on Highway 14.

The Ava Street Department and MoDOT trucks also assisted by spreading abrasives on the icy roadway to keep traffic moving.