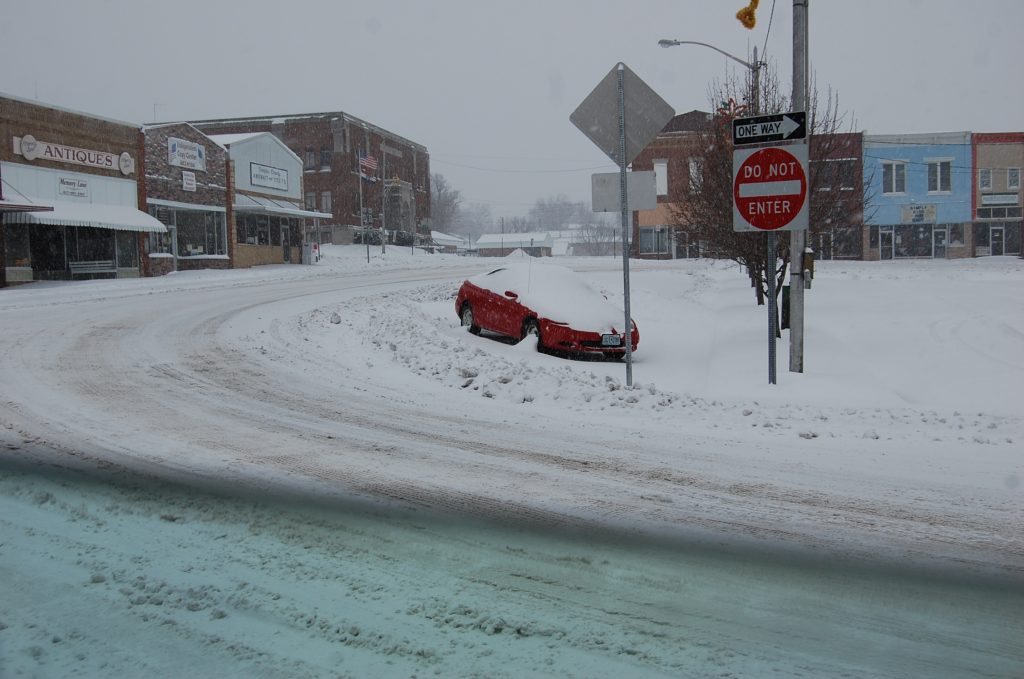 This car was the only vehicle on the square Friday morning when this picture was taken, and it had obviously been there a while. 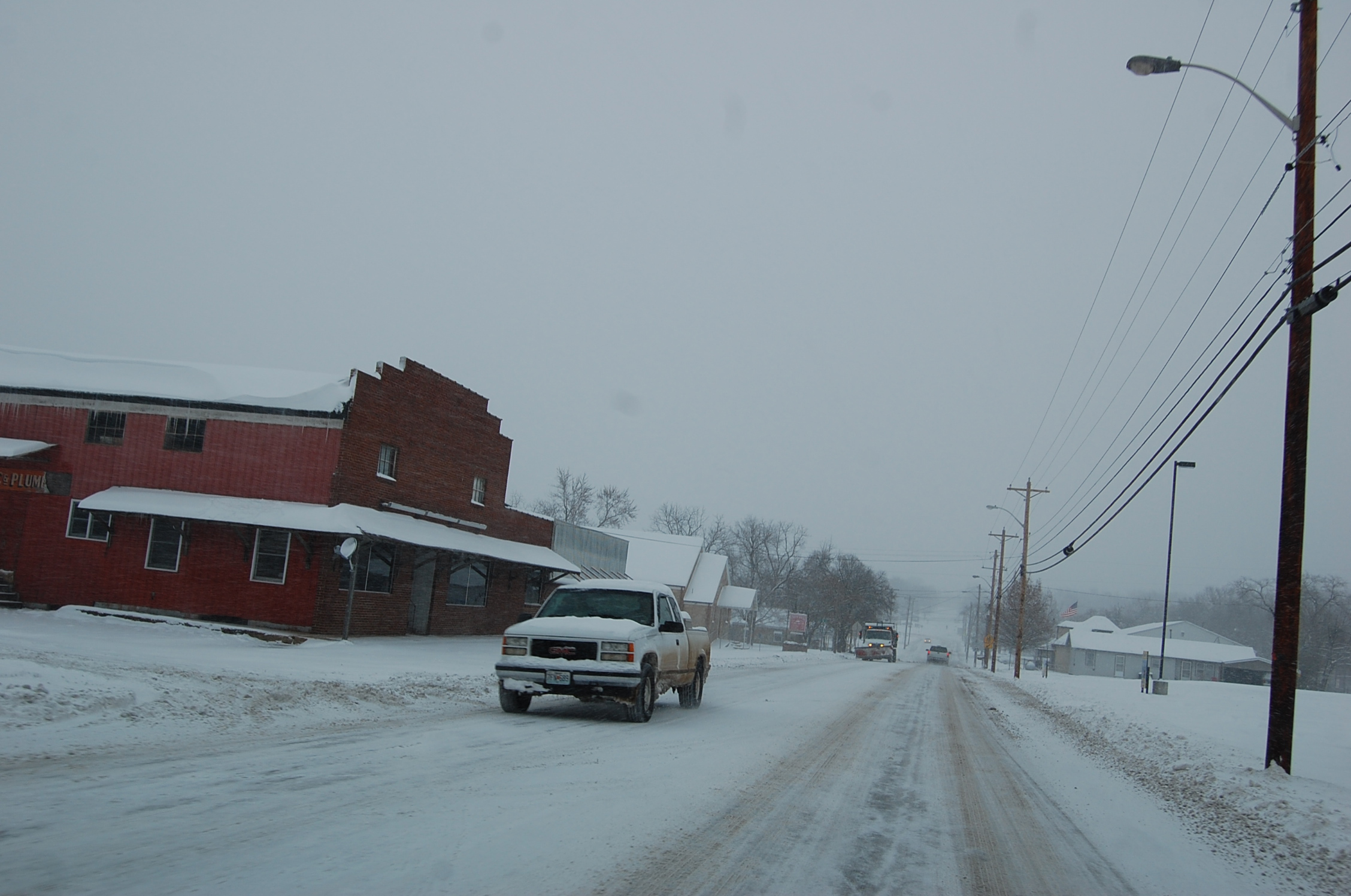 IT ONLY GOT WORSE – The weather and road conditions only got worse after this picture was taken Friday morning on North Jefferson Street near Ava High School. Snow continued to fall during the day and by Friday evening we had an accumulation of around 10 inches in the Ava area. Virtually all activities were canceled through the weekend, and schools have been closed all this week as the winter grip holds on, with bitter cold temperatures. The first evidence of moderation is expected today (Thursday), but more precipitation – possibly freezing rain – is in the forecast for Friday.

A powerful early winter storm moved into Ozarks last week, bringing heavy snow, sleet and ice – and bitterly cold temperatures that have kept the region in its grip all week long.
The freezing precipitation began last Thursday morning in the form of sleet, then changed over to snow, leaving an accumulation of almost 10 inches before finally ending on Friday night.
A second round of snow came Monday night, leaving behind another inch or so, on top of what was already there.
Classes at Ava and surrounding schools were canceled on Thursday and have not been able to reopen this week due to the cold lingering cold that has prevented any significant melting.
Many churches canceled services on Sunday and seasonal school activities have been canceled or postponed, including basketball tournaments at Mansfield and Cabool where Ava teams are scheduled.
Both the boys’ tournament at Mansfield and the girls’ tournament at Cabool are scheduled to get under way tonight (Thursday) with all games to be played on Thursday, Friday and Saturday.
The Ava High School Miss Merry Christmas Pageant which was to have been last Sunday afternoon has been rescheduled for this Sunday at 3 p.m.
The Ava Area Chamber of Commerce has cancelled the Ava Christmas Parade that was to be held this Saturday at 1 p.m. because more precipitation is in the forecast late in the week.
The Friday Night Frolic on the square tomorrow night has been canceled.
A winter storm of this magnitude, this early in the season, is very unusual. Most are hoping it is not a sign of what can be expected the rest of the winter. In fact, according to the calendar, winter does not begin until a week from Saturday.