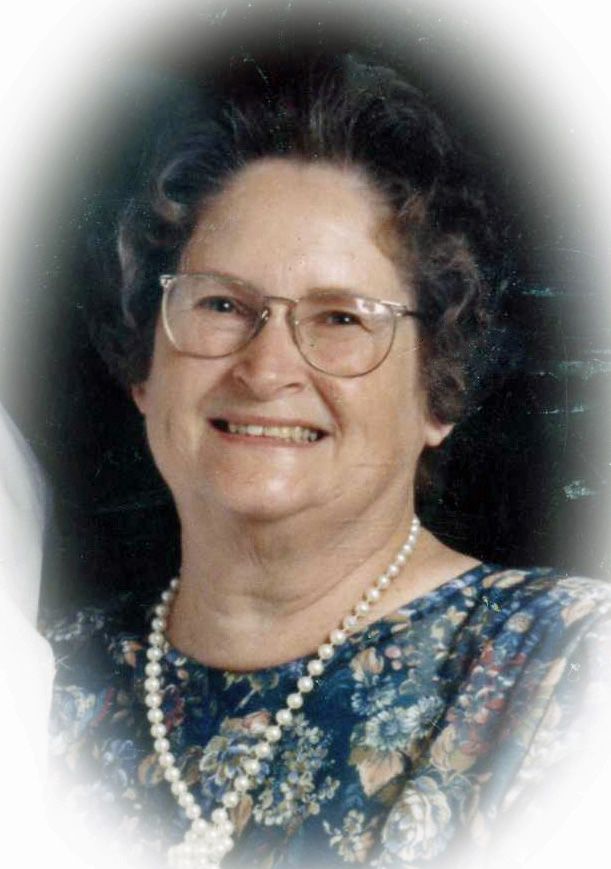 We are here and then we are gone.  Our life upon this earth is but a short vapor. So says the Psalmist David. Pauline Welker demonstrated how much life, faith, and goodness could be contained in that vapor. Because of her obedience  Pauline’s Lord and Savior Jesus Christ peacefully removed her from her temporary home on this earth on Thursday, Dec. 5, 2013, and welcomed her into her eternal home in heaven never more to be separated from the joys of her loved ones or the presence of her Lord.
Pauline was born on Sept. 18, 1930 to Earl A. and Minnie Mae (Goodrum) Palmer in Antlers, Okla., and spent much of her childhood near Cape Girardeau, Mo. She was born into the kingdom of God at an early age and was a member of Gentry Church.
Pauline met the love of her life, George Monroe Welker, in 1939 in Cape Girardeau.  After many years of friendship George followed Pauline’s family to California and they were united in marriage on July 7, 1947. Shortly after their marriage George was stationed in Guam with the Air Force and during this time Pauline worked as a nurse’s aid in Madera, Calif.  Upon his return, Pauline and George began their family.  To this love-filled union was born eight children, four sons and four daughters:  Gary, Sharon, Rodney, Gina, Sue, Wanda, John and Joie.
In the Spring of 1962 Pauline and her family moved from California to the community of Roy in Douglas County, Mo. It was during this time in 1964 that Pauline was called to preach by her Lord and throughout the years spoke at several community churches.  After living in the Roy community for seven years, the Welker family made their final move to Seymour, Mo.  Pauline enjoyed studying the Bible, gardening and writing, and was well known for her delicious grape and cherry jellies, beautiful gladiolas, and letters of inspiration.  She also enjoyed attending the local gospel singings and visiting her extensive circle of family and friends.
Survivors include her children Gary Welker and wife Annette; Sharon Lee and husband Ronnie; Rodney Welker and wife Jo Ann; Gina Martin and husband David; Sue Thomas and husband Ronnie; Wanda Casady and husband Dean; and Joie Welker and wife Stacey;  23 grandchildren;  43  great-grandchildren; one great-great- grandchild;  several nieces and nephews; as well as a host of church family, neighbors and friends.
Welcoming Pauline into heaven are her husband George Welker; her son John Welker; two grandchildren; her parents and two brothers and one sister.
Funeral services were Monday, Dec. 9, at 1 p.m. at Gentry Church on K Highway in Douglas County with the Revs. Keith Lafferty and Bob Huskey officiating.  Visitation was Monday from noon to service time at the church. Memorials may be made to American Cancer Society. Burial was in Day Chapel Cemetery under the direction of Clinkingbeard Funeral Home of Ava, Mo.
Online condolences may be made to www.clinkingbeardfuneral home.com.