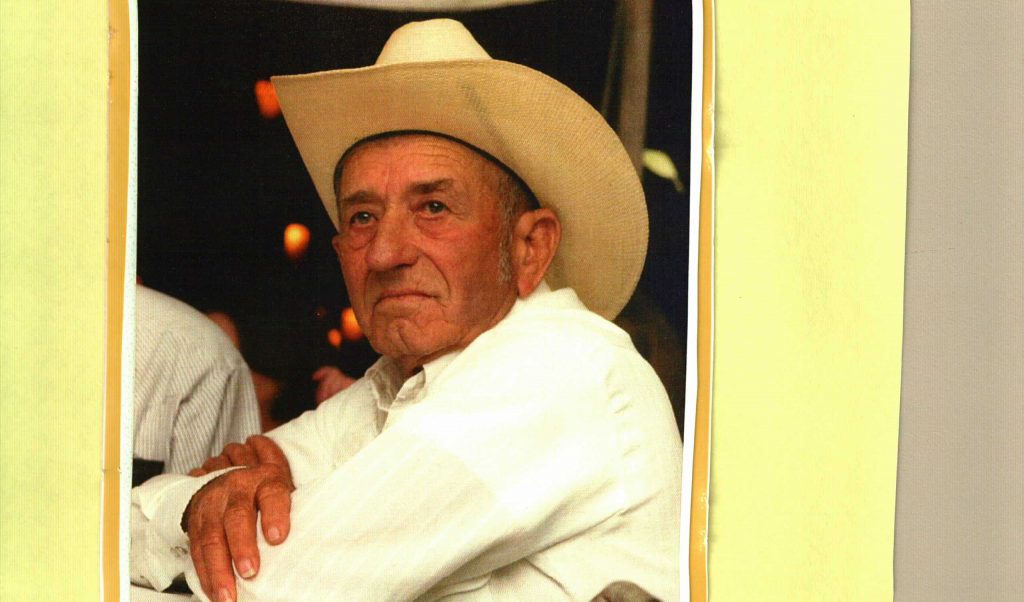 Wendell delayed his high school education to enlist in the US Navy during World War II.   Among other duties he served on Land to Shore craft taking soldiers to the beaches during battles. After his return to civilian life he finished high school at White Rock High School. He and Linda Trent eloped to get married in Ft. Smith, Ark., on Dec. 24, 1947, and this union was blessed with five children.

In 1961 he brought his family from Oklahoma to the farm on Hunter Creek where he would live the rest of his life.   He thought it was a good place to raise a family, but really didn’t like all the rocks!

They operated a dairy farm before changing to a beef operation.   His whole life revolved around his cows and “Mom.”

Wendell was an honest, hard working farmer.   He took great pride in his cattle and his crops and it was a joy for him to have a good hay year.    Life was not always easy, but he was doing just exactly what he wanted to do and with “Mom” by his side nothing was too difficult.   He loved the simple things in life such as sitting under a shade tree watching his family, but he also passed a strong work ethic on to his children.

He was preceded in death by his parents; an infant brother; and daughter, Shirley King Fleetwood.

Wendell is survived by his wife of 65 years, Linda; three sons and their wives, Lendell and Linda King, Steve and Alisa King, Glen and Cindy King; and one daughter and her husband, Bonnie and Neal Barnes.

In lieu of flowers, donations may be made to the Ava United Methodist Church or Three Rivers Hospice.

All local arrangements were under the care and direction of Ava Family Funeral Home.