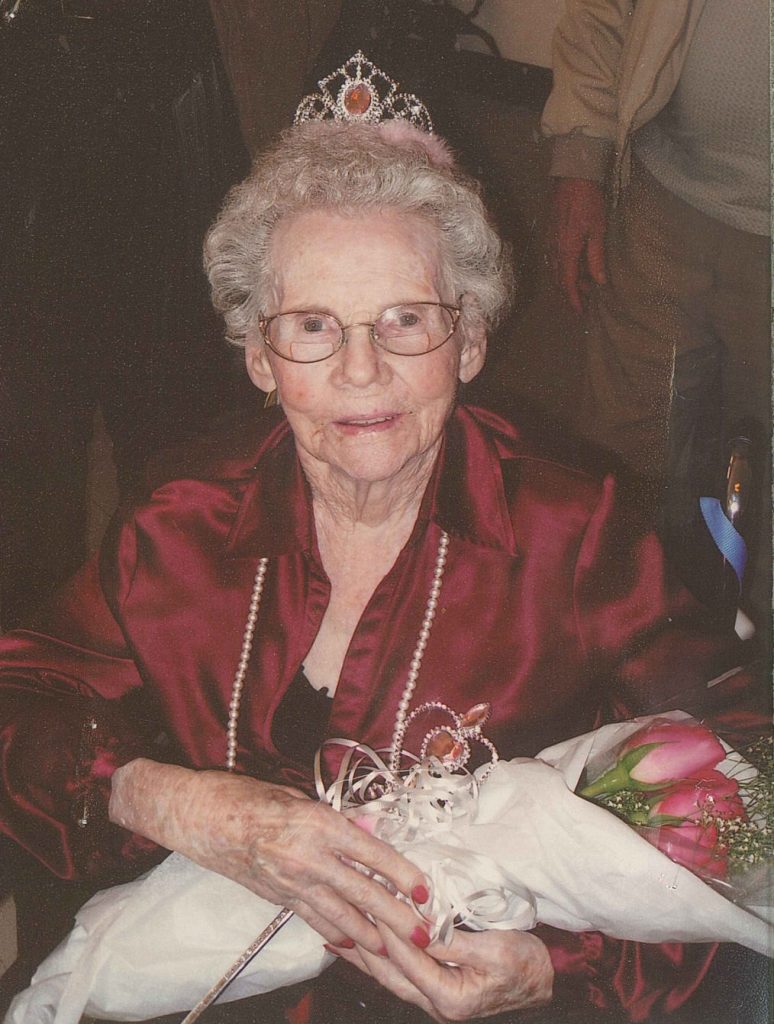 Vester Laverne (Riley) Harris, age 93 of Ava, entered her heavenly home on Sunday, Nov. 24, 2013. She had been a resident of Heart of the Ozarks Healthcare in Ava, Mo., for three years. Prior to moving to Ava, she had resided in Kansas City, Kan., most of her life.

Vester was born on May 7, 1920 in Bevier, Mo., to Elige and Lula Riley and was the oldest of 13 children. On May 16, 1936 she was united in marriage to John Elmer Harris and to this union three children were born.

She is survived by her children, Dora and Bill Johnson, Chester Harris and Beverly, all of Kansas City, Kan., and Leon and Ila Harris, of Ava, Mo. She is also survived by sisters, Bertie, Lois, Beverly, and Agnes; and brothers, Bob, Donald, Russell, and Earl. Additionally, Vester was blessed with 15 grandchildren; 47 great-grandchildren; and 37 great-great grandchildren.

Visitation was 1 to 5 p.m. Tuesday, Nov. 26, at Barnes Family Funeral Home in Ozark, Mo. Funeral services were at 1 p.m. Wednesday at Westside Church of Christ in Kansas City, Kan. Burial followed and Vester was laid to rest beside her husband, John, in the Maple Hill Cemetery, Kansas City, Kan.

Arrangements were under the care and direction of Barnes Family Funeral Home, Ozark. Online condolences may be shared at www.barnesfamilyfunerals.com.