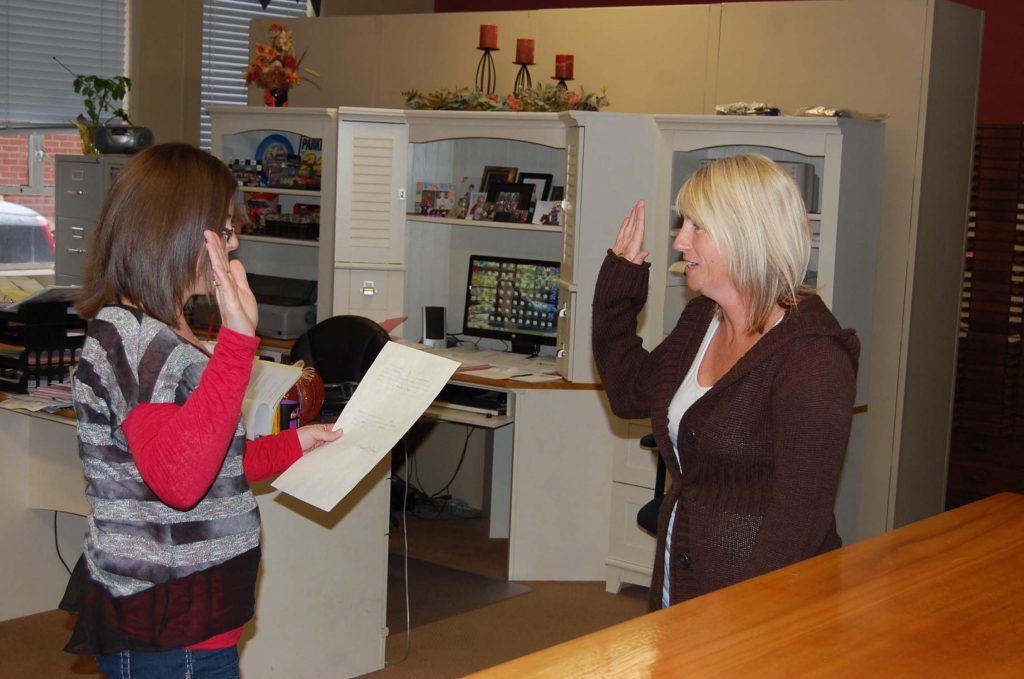 Jacinda Sheppard (at right above) was sworn in Monday as Douglas County Recorder of Deeds. Sheppard was appointed to the position by Gov. Jay Nixon to replace Tina Boyd, who resigned. Administering the oath of office in the photo above is County Clerk Karry Davis.

Jacinda Sheppard was officially sworn in Monday as recorder of deeds in Douglas County.

On Nov. 8, Gov. Jay Nixon announced the appointment of Sheppard to the position to fill the vacancy created by the resignation of Tina Boyd.

Sheppard, a Republican, has served as deputy recorder of deeds in Douglas County since 2010. She also is the owner of her own photography studio, Images by Jacinda, a small business she has operated since 2004.

“Jacinda Sheppard has experience in serving the people of Douglas County in this important office, and I am pleased to appoint her as the new Recorder,” Gov. Nixon said.

Boyd resigned, effective Sept. 30, from the position to which she had been elected. On Oct. 1, the Douglas County Commission appointed Sheppard to fill the office temporarily until the governor made the official appointment.

Sheppard was sworn in Nov. 25 by County Clerk Karry Davis.