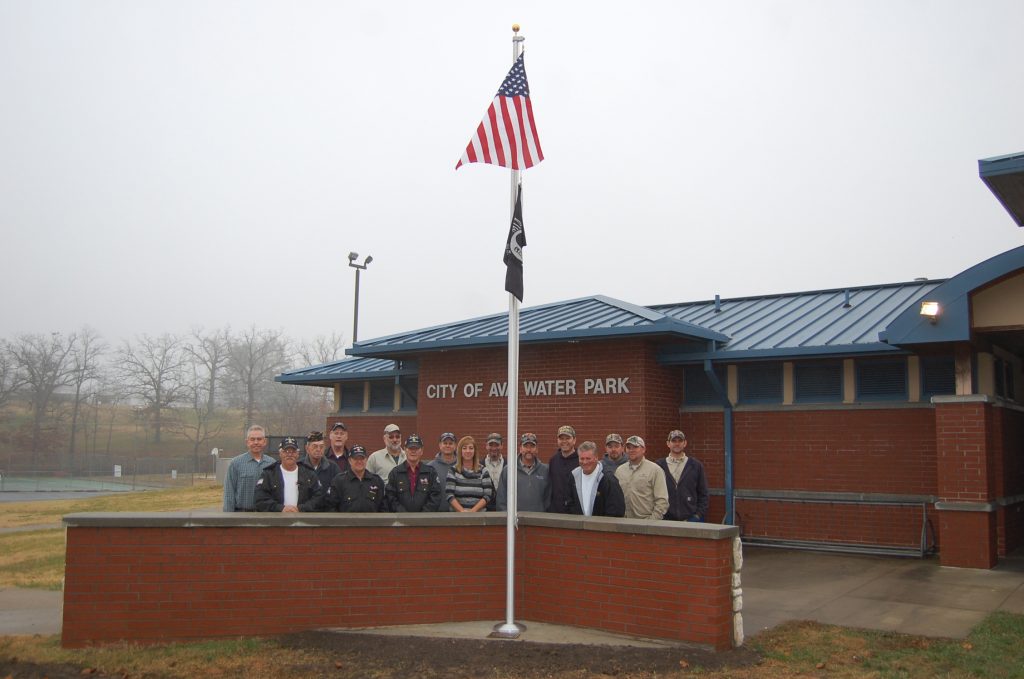 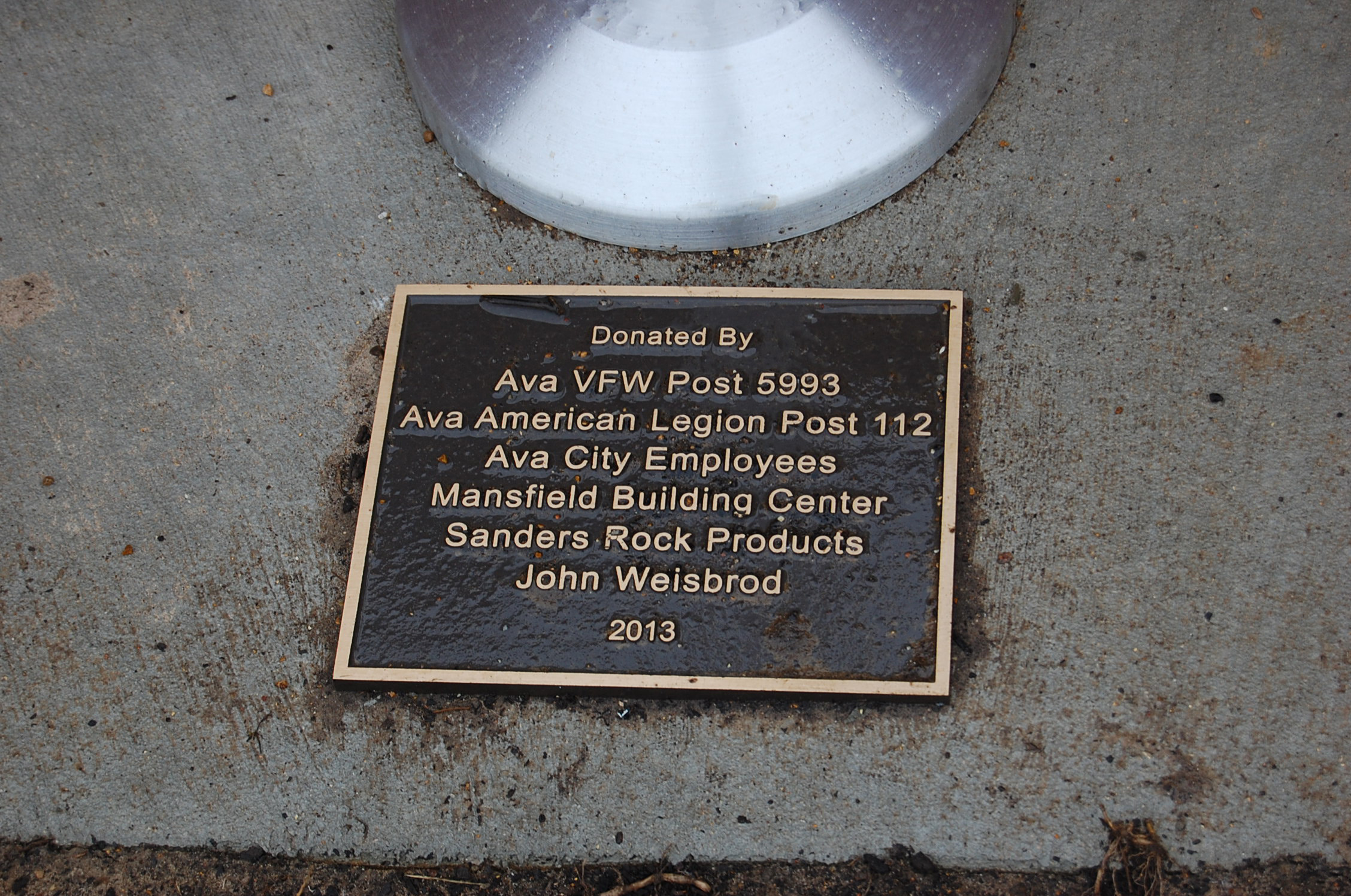 At left is the plaque that sits at the base of the flagpole.