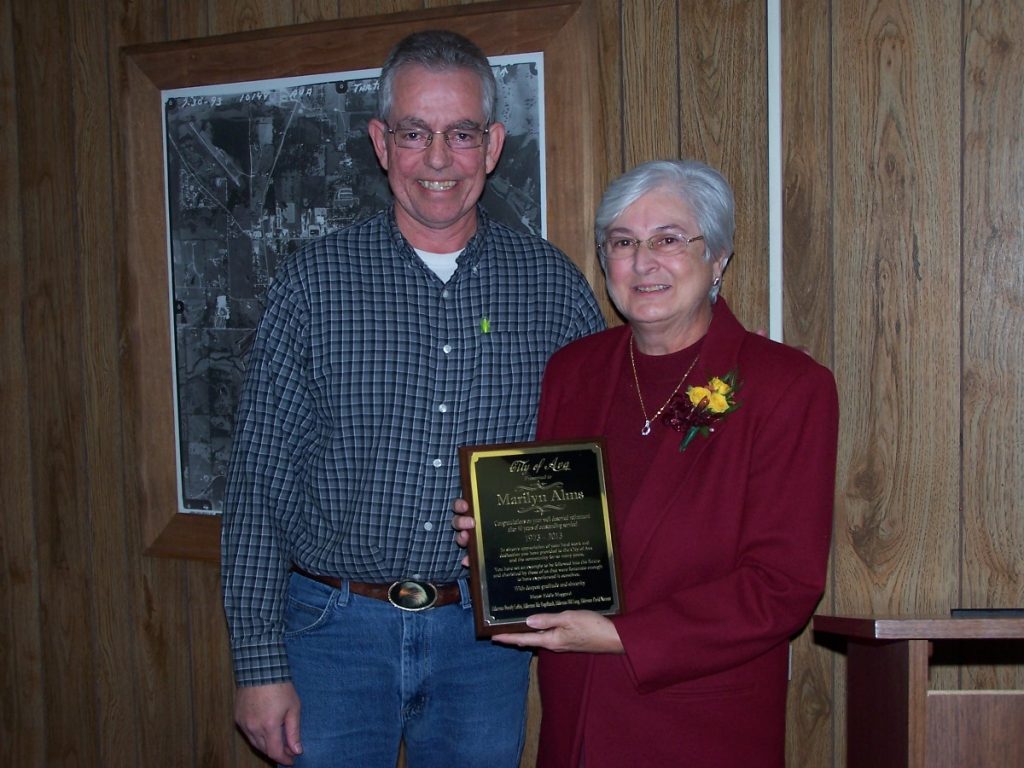 During Ava City Council meeting last week, Mayor Eddie Maggard presented Gloria Moore, and Marilyn Alms, with a special plaque recognizing their retirement and years of service to the City of Ava.

The Ava Board of Aldermen put a methamphetamine precursor drug bill on the city books Tuesday, Nov. 26, when council voted to adopt the ordinance.  The new directive, which is effective January 1, 2014, has been the focus of council discussions for the last two sessions, and councilmen hope the bill will alleviate illegal pseudoephedrine purchases within the city limits of Ava.

The resolution stipulates that beginning on Jan. 1, 2014, any drug sold in the city limits that contains any type of meth-making item, such as Sudafed or pseudoephedrine, will require a written prescription from a qualified doctor or health care provider.

Councilmen voted unanimously to adopt the new rule, with motions by David Norman and Burrely Loftin.

Mayor Eddie Maggard informed council members Town and Country Bank will use a 90-day extension as provided in the building agreement with the City of Ava. The mayor said the project is progressing well, however, after several delays, site devel­opment was moving slower than originally expected.

Director of Development Janice Lorrain said smoke testing in Ava View Heights and east side of town was completed.  Lorrain noted the venture was a success, and the city has decided to continue the testing throughout the town.  She reported testing exposed a number of undocumented manhole locations, and 40% of the sites were uncapped.  According to Lorrain, the situation is easily remedied and a problem the city can easily pursue.

After the smoke testing project is completed, Lorrain said the city will notify property owners of problems by letter. 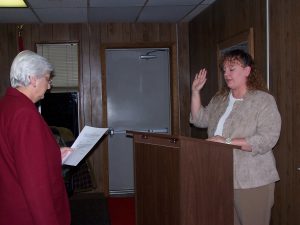 During the meeting, Suzanne Welsh of Ava was sworn into office as city clerk for the City of Ava.  Welsh fills the position vacated by Marilyn Alms, who retired at the end of November. 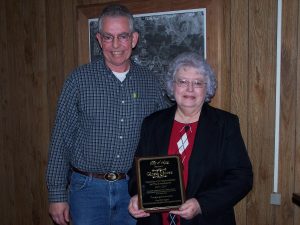 Concluding the business session, Mayor Eddie Maggard presented the two retiring city employees with special plaques of appreciation. Mayor Maggard recognized Marilyn Alms for 40-plus years of service with the City of Ava, and Gloria Moore, for 17 years. Moore recently retired from the utility department.

The Board of Aldermen and city officials will reconvene on Tuesday, Dec. 10, at 5:00 p.m. at Ava City Hall.