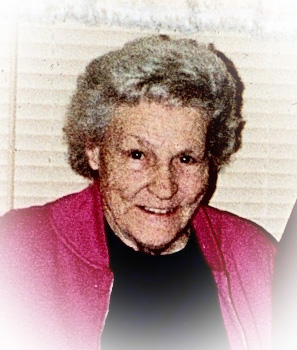 Charlotte Louise Brown, 87 years, passed away on Nov. 5, 2013 at her home with her daughter, Mary by her side.
Charlotte was born Oct. 22, 1926 in Wymore, Neb., to Dwight Cauley and Marjorie Mable (Gillespie) Pethoud.
Charlotte was a resident of the Ava community for several years.
On Feb. 27, 1966 Charlotte and Rex R. Brown were united in marriage in Las Vegas, Nev..
Charlotte was a retired donut shop owner and operator with her husband Rex, called Don’s Donuts in San Bernandino, Calif. It was later named Rex Brown’s Donut Shop.
Charlotte was a Christian and a member of the Faith Rock Church.
Charlotte was preceded in death by her parents; her first husband and the father of her children, Jacob Weber; her second husband, Rex Brown in 2008; two sisters and three brothers.
Charlotte is survived by four children, Jacob Weber, Peoria, Ill., Mary L. Mason, Ava, Mo., Doris Jean Cloud, Peoria, Ill., Doyle Dwight Weber, Gainesville, Mo.; two stepchildren, Jackie Myer, of Wisconsin, and Terry Wayne Brown, Peoria, Ill.; many grandchildren; several great-grandchildren; one brother, Charlie Pethoud, Rogers, Ark.; and  many other relatives and friends.
Cremation services are being conducted by Clinkingbeard Funeral Home, Ava, Mo. Burial of her cremains will be Saturday, Nov. 9,  at 2 p.m.,  in the Dogwood Cemetery by her husband, Rex.
Memorials may be made to the family as a love offering.
Online condolences may be made to www.clinkingbeardfuneral home.com