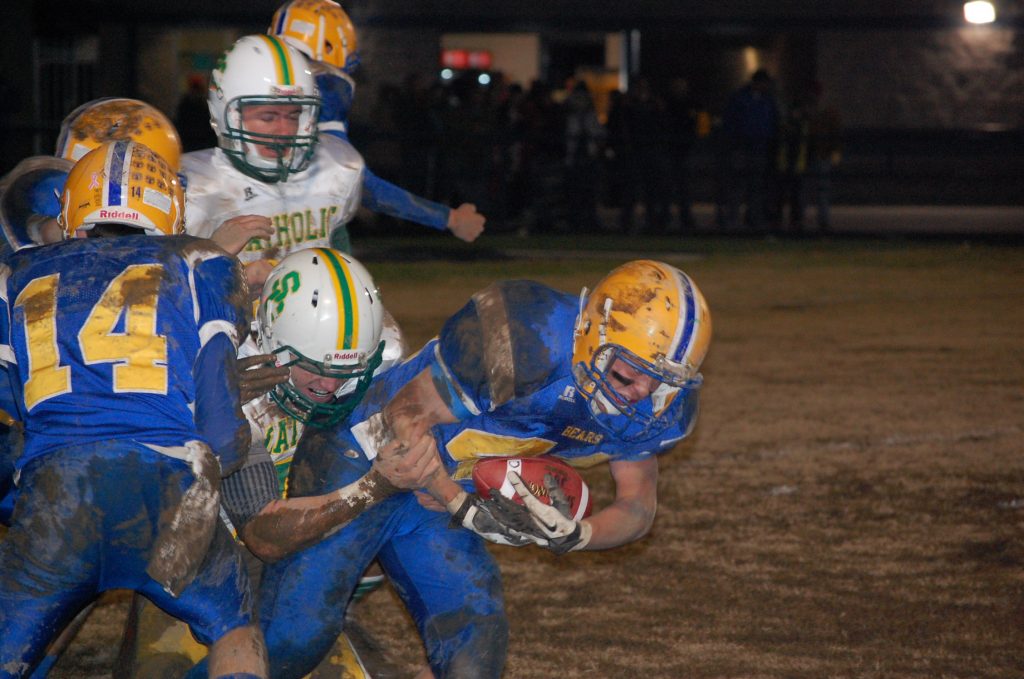 The Ava Bears scored a touchdown with a minute and a half left in the game here Wednesday night to keep their playoff hopes alive. The Bears will travel to Eldon Monday night, Nov. 11, to play the Mustangs for the Class 3, District 3 football district championship. The game begins at 7 p.m.
The Bears were trailing Springfield Catholic 7-6 when quarterback Cody Huff scored his second touchdown of the night from 4 yards out, and the Bears held on to win the semifinals game, 12-7.