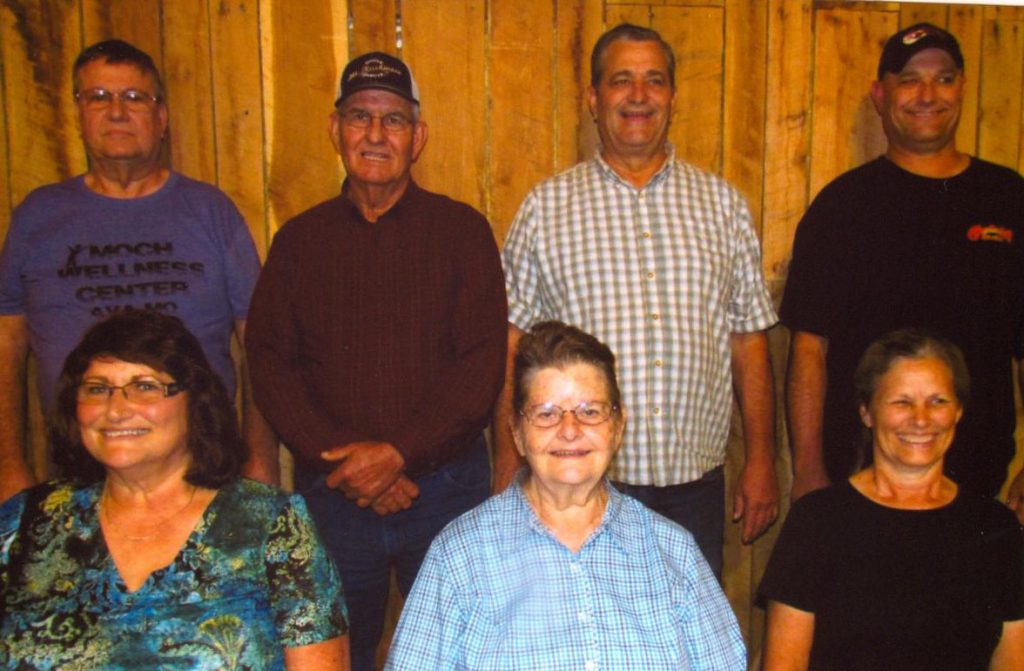 The children of the late Charles Alva Hall and the late Nora Alice (Arnold) Hall had a get-together on Oct. 5 at the Assembly of God Barn on Old Highway 5. Due to the rain they could not use the park as planned.
They include Olive (Hall) Roy, Garry and Donna Hall, Charles Jr. and Norma Hall, Corbet and Susan Hall, J.C. and Esther (Hall) Graupman, Darrell and Helen (Hall) Webster, and Jack and Debbie Hall.
The gathering was well attended with more than 100 present. Almost everyone’s children, grandchildren, and great-grandchildren were present.
The last Hall get-together was in 2007, so there were several little ones added to the family. The rain didn’t seem to dampen anyone’s spirit. There was a bountiful supply of food of all varieties, children playing, picture taking, visiting, playing and singing.
We don’t mean to brag, but Alva and Nora have some pretty good musicians and singers, and it’s going right on down to the younger generation. To God be the glory!