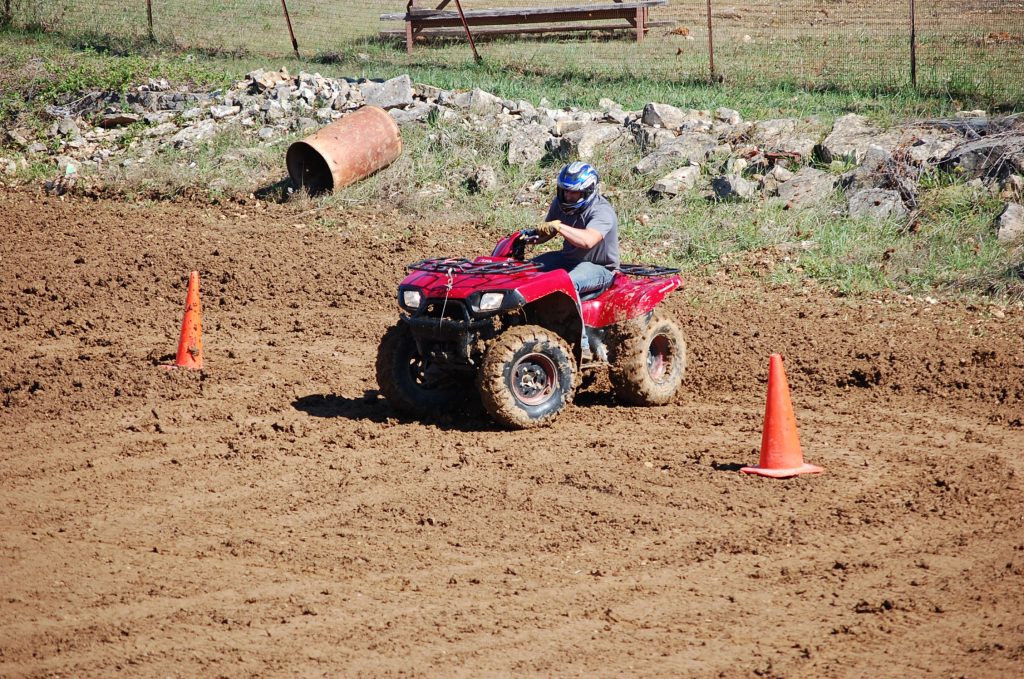 The ATV competition at the fairgrounds Saturday afternoon generated a lot of mudslinging with no politics involved. 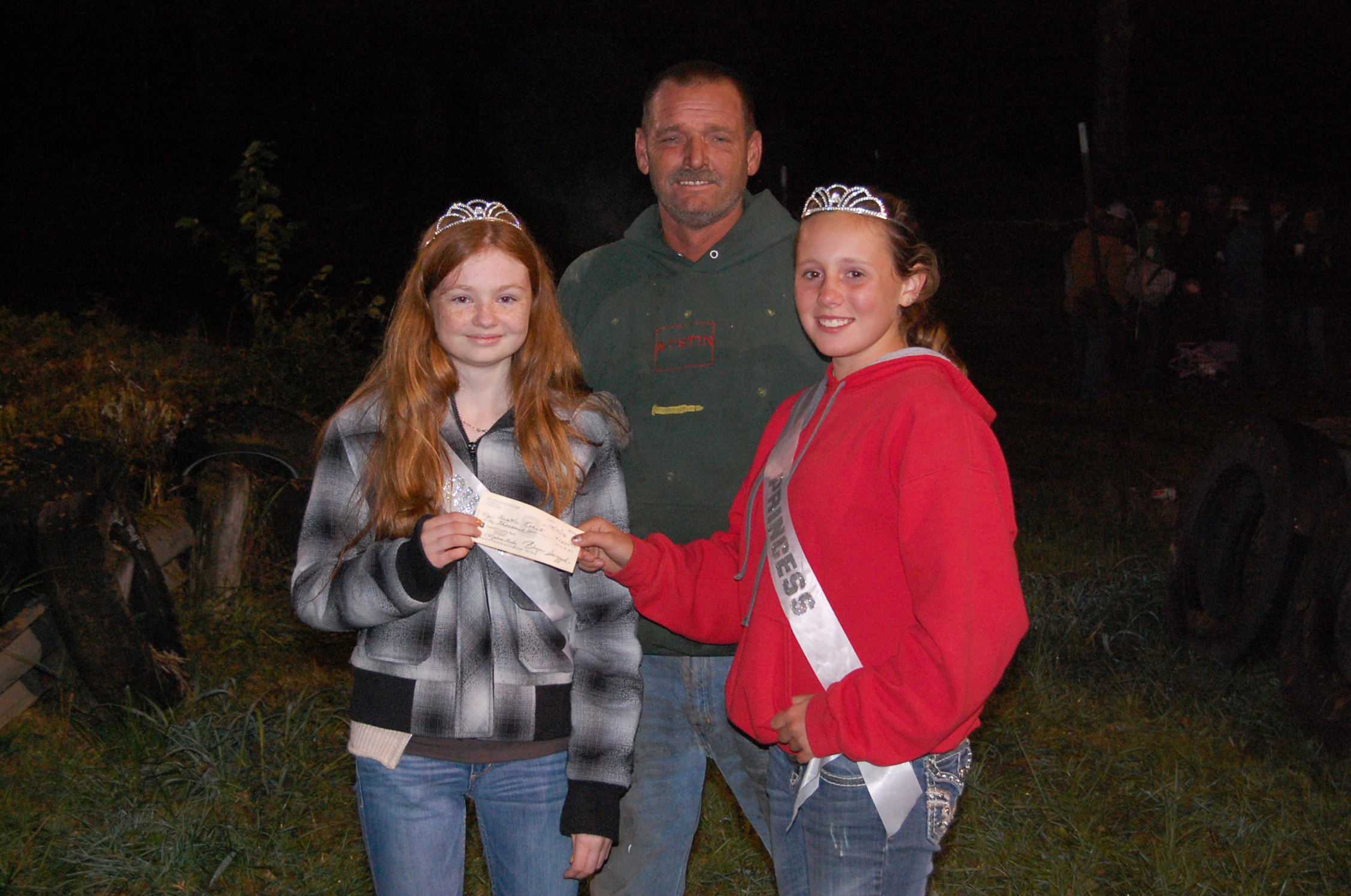 In lieu of the traditional Douglas County Fair held during the summer months, the Fair Board and the Ava Area Chamber of Commerce, along with other interested individuals, pulled together and held a Fall Festival last weekend.
The event included some of the features normally associated with the fair, such as live music, the Denim Gals queen and princess contest, and the Saturday Night Smash demolition derby. 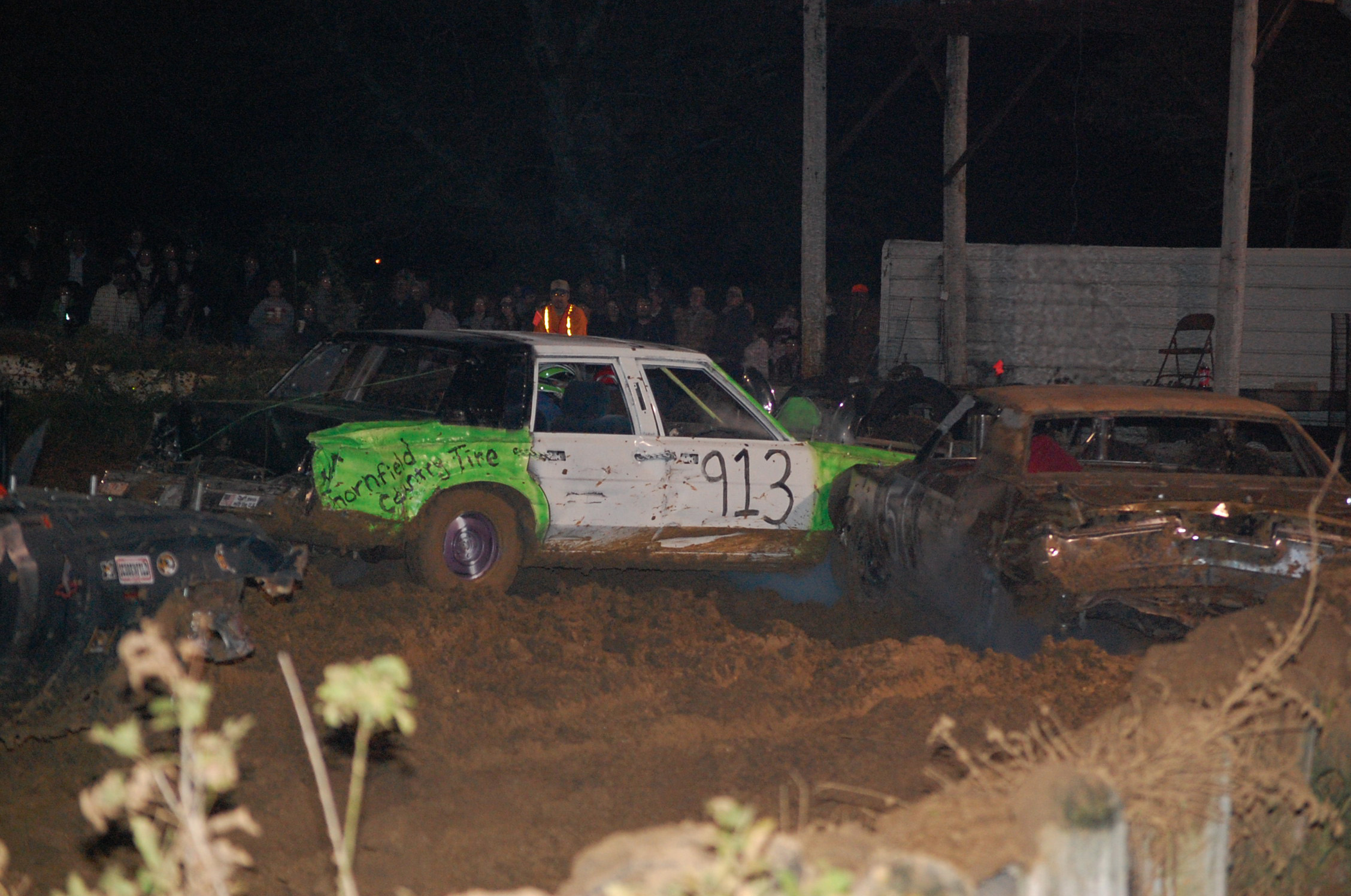 Demolition derby cars mix it up in a preliminary heat race at the Douglas County Fairgrounds last Saturday night.

Also held this year, on Saturday afternoon, was an ATV competition that created a lot of excitement in the main arena.
The Fall Festival concluded on Sunday with the annual Glade Top Trail.
Those who gathered “on the mountain” at the Caney Picnic Area in the Mark Twain National Forest enjoyed beautiful sunshine, entertaining music, a fine meal, children’s games and lots of visiting. Absent this year was the backdrop of fall colors that are running just a little bit late, but overall, the day was considered to be a great success as everyone had a good time.
It was estimated that some 500 people attended the Flaming Fall Revue this year.
Of course, the Glade Top Trail is open throughout the year and you can drive the U.S. Forest Service roads anytime, on your own. A couple of frosty mornings this week, along with a predicted freeze later in the week, is sure to bring on the colors normally associated with fall in the Ozarks.
Crowned Denim Gals Queen this year was Crystal Fuller, 16, of Ava. The Princess title went to Dallee Sheppard, 13, Ava, and the Petite Princess is Celia Fossett, 9, also Ava.
Costume contest winners were Dallee Sheppard and Devin Rowe.
The ATV competition on Saturday was a lot of fun for those involved, and winners of the competition will be announced later.
The demolition derby on Saturday night saw a field of 12 entries running in two heats, plus a  consolation heat and the feature event which was won by Austin Roberts, of Forsyth.
Second place went to Michael Roy, of Ava, but this year’s fall event was winner-take-all with Roberts walking away with the $1,000 prize money.