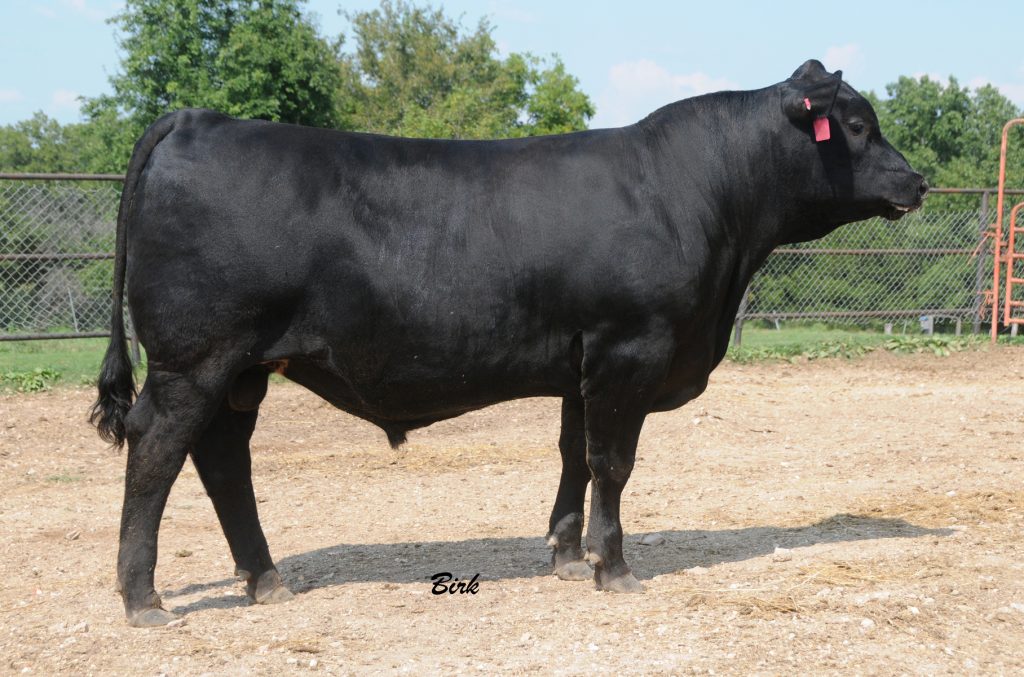 DHT Angus, a local Angus producer, topped the Heart of the Ozarks sale at West Plains with their open 14-month-old heifer.
DHT Angus sold 2/3 interest in two bulls and retained 1/3 semen interest. Four animals were sold at the sale and all the animals were full siblings from an embryo flush which produced 11 calves in August 2012.
This year marked DHT Angus’ first international embryo sale with embryos going to Spain from this same cow family. DHT Angus retained the top bull and females out of this flush and has semen and embryos available for sale from the cow family.
DHT is the proud owner of the top Angus female for marbling, ribeye and fat combination. Lana 633 beats over 444,000 Angus females for these traits. Her full siblings, a bull and heifer, rank in the top 10 of new bulls and heifers in the Angus breed, with over 240,000 bulls and heifers in the group.
DHT Angus contributes their success to record keeping and testing of their cattle with the newest DNA testing technology and the tried and true testing of carcass ultra sound testing. More information on these animals can be seen by going to the Angus website www.angus.org and putting in their registration number—17423978, 17423981 and 17423974.
Their next generation of top animal registration numbers are 17474238 and 17474236
DHT Angus will sell another bull Monday, Oct. 28, at 7 p.m., at Springfield Livestock Marketing Center.
For more information on semen, embryos and animals for sale and becoming DHT cooperator contact Cecil Huff, general manager, 417-250-1300 or Sonny at 417-683-2381. Visit their website at www.dhtangusembryos.com/ or email at dhtangus@gmail.com