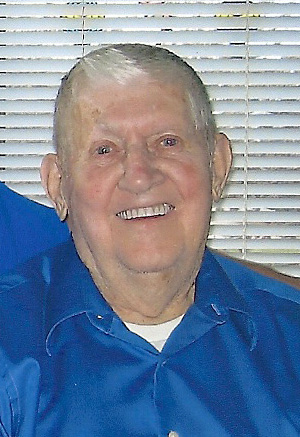 Charles Lewis “Chuck” Briscoe, 90 years, passed away on Oct. 4, 2013 at Heart of the Ozarks Healthcare, Ava, Mo.
Chuck was born Nov. 22, 1922 in Newark, Ohio, to Herbert L. and Ethel A. (Dittman) Briscoe.
Chuck grew up in Springdale, Ark., and at the age of 17 years he moved to California then on to Seattle, Wash., where he joined the Merchant Marines at the age of 20 years. He served his country in World War II, Korea and Vietnam. One of his duties was hauling fuel on the Navy ships. Chuck was in harm’s way many times during his military career; he was one of the few survivors of the Murmansk Run.
Chuck belonged to the Seventh Day Adventist Church. Through the years, he found joy in his cars, clocks and loved caring for his home.
On Nov. 30, 1973, Chuck and Lois Wilson were united in marriage in Tulsa, Okla. They enjoyed many happy years together in Ava and enjoyed traveling
He is survived by one brother, Herbert L. Briscoe, and family, all of Eckert and Delta, Colo.; and other relatives and friends.
Chuck was preceded in death by his parents and his wife, Lois, in 2003.
Funeral services for Chuck will be  Monday, Oct. 14, at 2 p.m. in the Clinkingbeard Funeral Home, Ava, Mo., with burial in the Ava Cemetery with full military honors by Douglas County American Legion Post #112 and the U.S. Navy. Officiating will be Pastor Robert Roberts.
Memorial contributions may be made to any Seventh Day Adventist Church or Three Rivers Hospice, 301 E 17th St., Mtn. Grove, MO, 65711.
Online condolences may be made to www.clinkingbeardfuneral home.com.