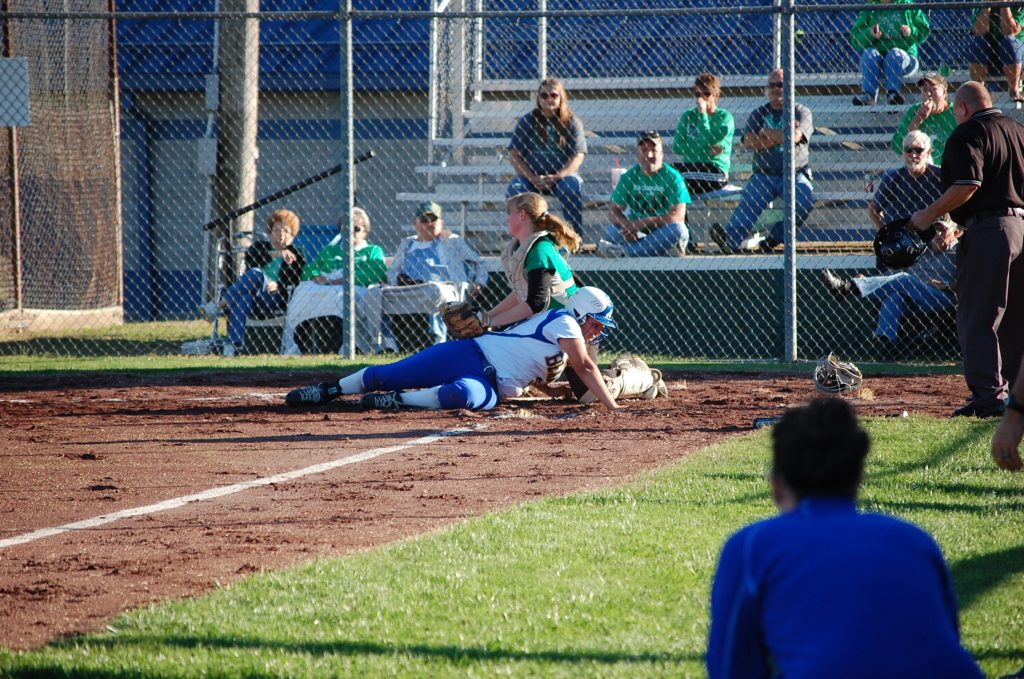 Thayer's catcher is unable to make the tag as Maranda Yost scores from third on a ground ball. 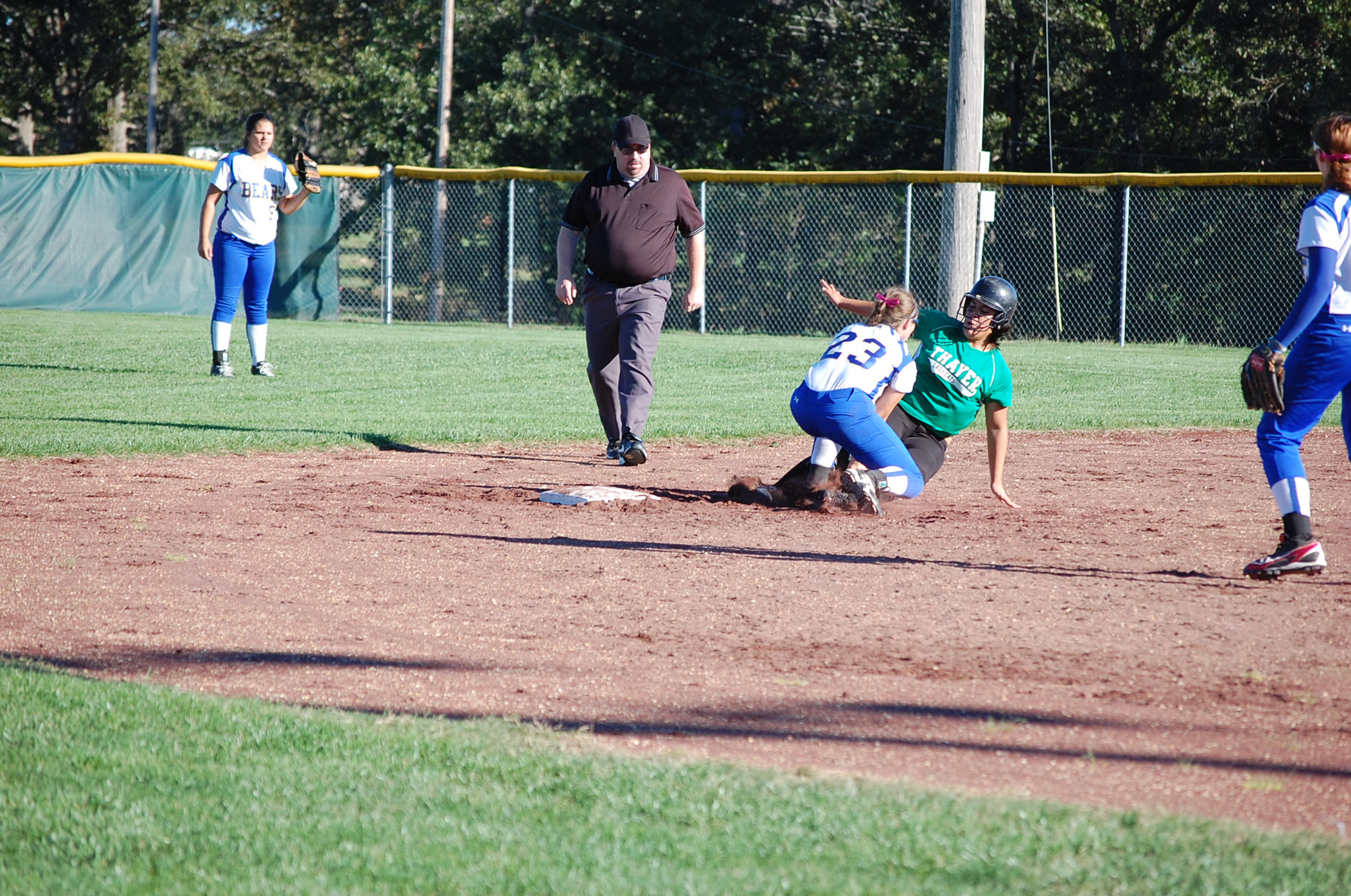 The Ava Lady Bears defeated Cabool and Thayer during the past week to wrap up conference play at 5-1 in the SCA. On Tuesday, the Ava girls defeated Springfield Parkview, 9-5, at home to end the regular schedule.
District play began Wednesday at Rogersville, with the Lady Bears taking on Buffalo in first-round action.
Ava is seeded sixth in the seven-team district.
The SCA contest with Cabool here last Thursday is one that will not soon be forgotten.
After blowing a 17-1 lead in the third inning and allowing the winless Lady Bulldogs to actually take the lead for a time, Ava finally won the game by a score of 35-25.
There were 45 walks in the game – 27 for Ava and 18 by Cabool – as Ava saw a merry-go-round of pitchers go to the circle in search of the strike zone. Coach Rex Sawyer finally went to junior Misty Regennitter to finish the game.
Regennitter suffered a knee injury on Sept. 30, and Sawyer had planned to hold her out until Monday’s game with Thayer.
On Monday the Lady Bears hosted Thayer in an SCA game that was rained out back in September. Ava took that game 15-5 to finish SCA play at 5-1.
Salem won the SCA title with a 6-0 conference record.
The Lady Bears are hitting the ball extremely well heading into district play, and the defense has continued to improve throughout the season.
Junior Maranda Yost was 5-for-6 on Thursday with seven runs batted in and four runs scored.
Maison Bovard was 2-for-4 with four runs scored and four RBIs.
Senior Kayte Aid was 3-for-4 with six runs scored. Senior Bailey Lee, and sophomores Jacey Swofford and Hope Evans each scored four times, as well.
Bovard had a big 3-run home run in the 15-5 win over Thayer  and had four RBIs on the day.
Regennitter cleared the bases with a walk-off drive in the fifth that drove in the three runs needed to end the game under the 10-run rule.
Regennitter and Aid each had three runs batted in.
Emily Guengerich, courtesy runner for catcher Swofford, scored three runs for the Lady Bears.
In the 9-5 non-conference win over Springfield Parkview on Tuesday, the Lady Bears got two hits apiece from Aid and Swofford. Swofford drove in two runs and Aid scored twice for Ava.
Regennitter struck out five Parkview batters and walked just three on the day.