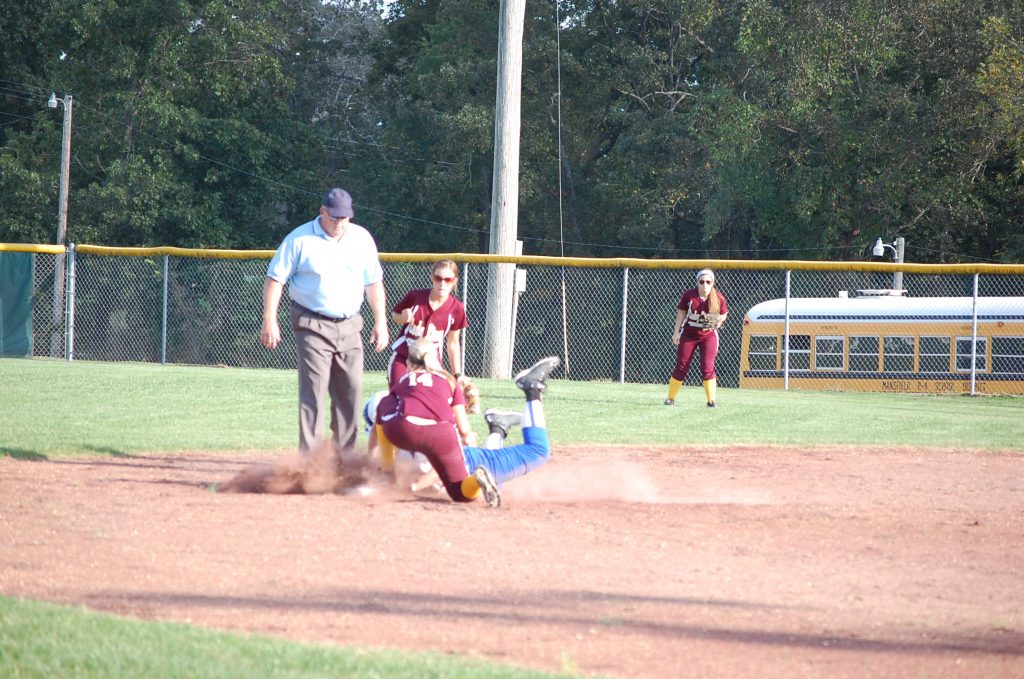 Ava's Hope Evans is tagged out on an attempt to steal second base in the game here Tuesday against Mansfield. 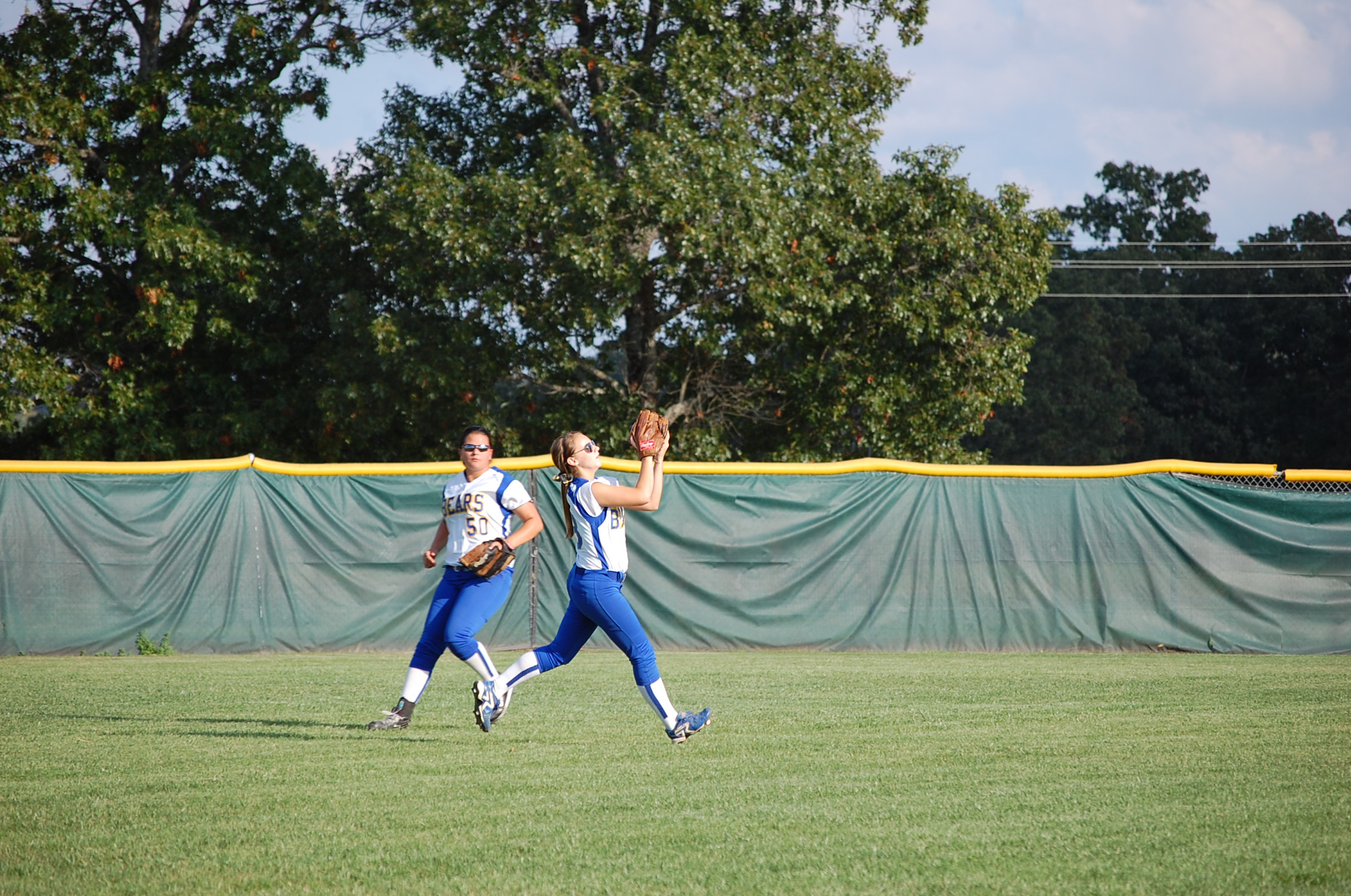 Ava centerfielder Callie Eubanks catches a fly ball for the second out in the top of the third inning here Tuesday. Maranda Yost is backing up the play.

The Ava Lady Bears picked up SCA wins on the softball field this week over Houston and Willow Springs.
On Tuesday afternoon, the Lady Bears were no-hit by Mansfield on the home field, with the Lady Lions taking the non-conference contest 15-0.
Mansfield pitcher Kailey Morris was just one walk away from a perfect game.
Morris struck out nine Ava batters and walked just one.
Lady Bears pitcher Misty Regennitter suffered a knee injury in the Willow Springs game on Monday, and although she was able to finish that game, she did not go to the pitcher’s circle on Tuesday against Mansfield.
Lakota Blakey threw for Coach Rex Sawyer and the Lady Bears, and took the loss.
At home against Houston last Thursday afternoon, the Lady Bears had a nine-run fourth inning, and defeated the Tigers 16-6 in five.
Ava had a 12-2 lead going into the top of the fifth when Houston would score four runs. But the Lady Bears came back with four of their own in the bottom half to close out the game.
Maranda Yost was 3-for-3 for Ava with a home run, three runs scored and two runs batted in.
Jacey Swofford was 3-for-4 with an RBI and Regennitter was 2-for-4 with an RBI. Kayte Aid also crossed three times for Ava.
The Ava Lady Bears picked up a 9-6 win at Willow Springs on Tuesday.
Trailing the Willow Bears 5-2, Ava erupted for five runs in the top of the fifth and added two more in the sixth to take the conference win.
Regennitter was 3-for-4 with a run scored and an RBI. Callie Eubanks was 2-for-5 with an RBI, and Blakey was 1-for-2 with an RBI and two runs scored.
At home against Mansfield on Tuesday, Blakey and the Lady Bears held the Lions scoreless through three innings, but fatigue apparently overtook the interim pitcher who allowed seven runs in the fourth inning and eight in the fifth.
The Lady Bears will host Cabool today (Thursday) for Senior Night, with Ava’s senior players being honored before the start of the game.
A schedule change has the Lady Bears hosting Thayer on Monday. This conference game was rained out on Thursday, Sept. 19. Ava scratched a non-conference game at West Plains in order to fit the SCA game into the schedule.
Springfield Parkview will be here on Tuesday, Oct. 8 before the district tournament begins on Wednesday at Rogersville.