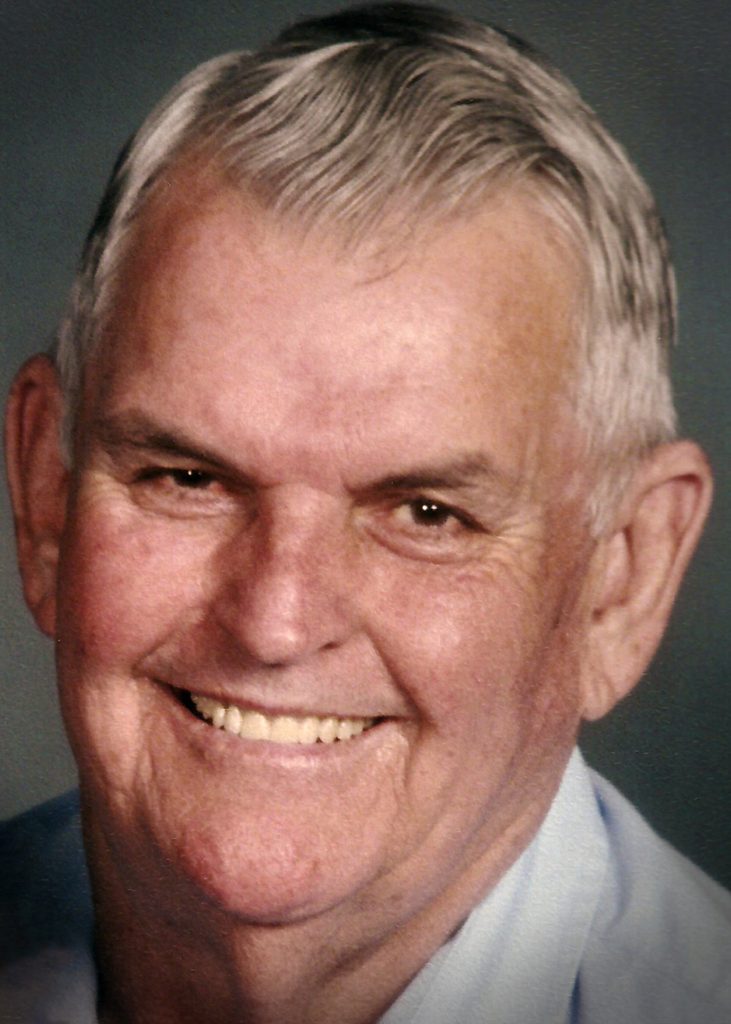 Earnest E. (Earnie) St. John, 75, departed this life Sept. 20, 2013.  He entered this life Jan. 19, 1938 in Phoenix, Ariz.,, the son of Bert and Rhoda Grace Christenson St. John.
On July 7, 1958 he married Mable Lula Thomas.
As a young boy Earnie had two special interests which would last all his life: the love of animals and the love of Yankees baseball.  He dreamed of becoming a vet so he could take care of animals.  However, when this did not happen, he became a self taught “vet.”
He was a dairy farmer who was always ahead of the latest trends in farming. His Brown Swiss cows were internationally known for excellence and won awards all over the US. He was featured in the “Hoards Dairyman Magazine”, a national farm magazine.  He and his cow “Kentuck: won many competitions and awards over several states.
He enjoyed competing whether with his cows or race horses.  Raising and training thoroughbred race horses was his hobby and passion.  He was well known in racing circles for his winning horses.
He did not miss a Yankee ball game and was an authority on anything “Yankee.”
He moved his family and farm operation to Ava in 1982 from Arizona thinking it would be a mild climate year around.  His first winter here an ice storm changed that idea, but he still thought Ava was a good place to farm.
He was a devoted family man.  His family was the focus of his whole life.  He served as a real hero to his grandchildren.  He was a generous man, always willing to help anyone.
The years he drove the OATS bus he was able to help people in his community and make many friends.
He worked in the family daycare for many years and will be fondly remembered by many small children, now adults.
He is preceded in death by his parents; his wife Mable; brother Bert Jr.; and son-in-law Gerald Hendrix.
He is survived by son Ray (Tammy) St John, and two daughters, Debbie Hendrix and Pam (Mike) Viola. He leaves seven beloved grandchildren: Darren Stone, Michelle Haynes, Tonya St. John, Justin St. John, Vince Viola, Nick Viola, and Gerald Hendrix Jr., as well as three great-grandchildren: William Taylor Stone, Gabi Haynes, and Harley Haynes.    He is also survived by sister, Sue McCartey, and a brother-in-law, Anthony (Sherry) Thomas.
He will be deeply missed by a host of other relatives and friends.
Graveside services for Earnie were  conducted at 1 p.m. Monday, Sept. 23 at the Ava City Cemetery, under the direction of Ava Family Funeral Home.