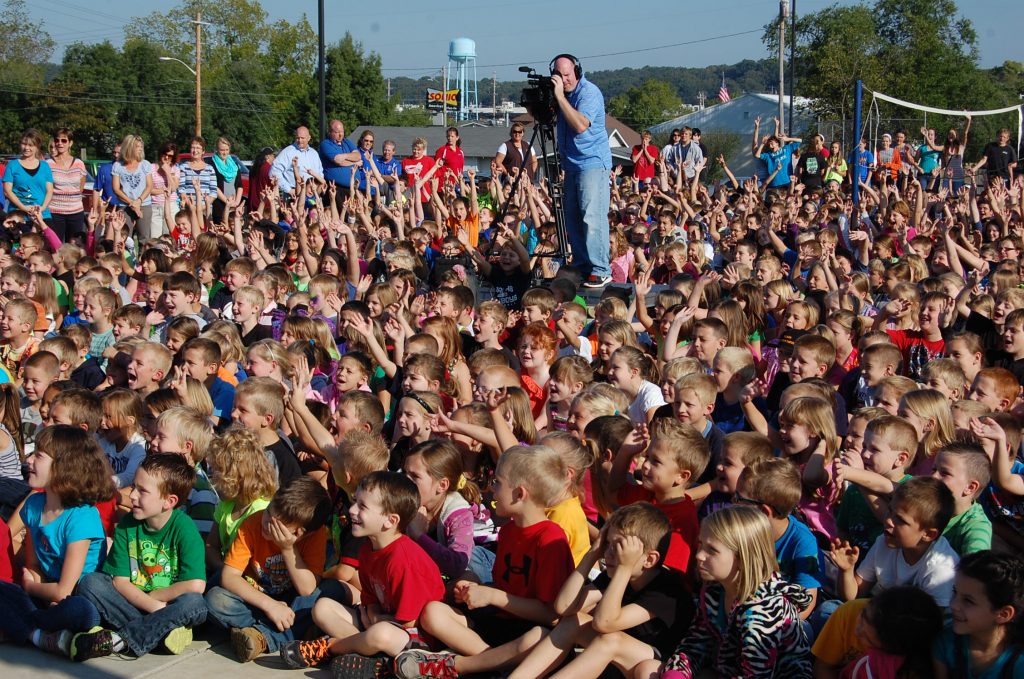 Ava students in kindergarten through 8th grade, as well as Skyline R-2 students, gathered on the basketball courts on the Ava Middle School playground Wednesday morning for the announcement of the Healthy Schools Initiative. 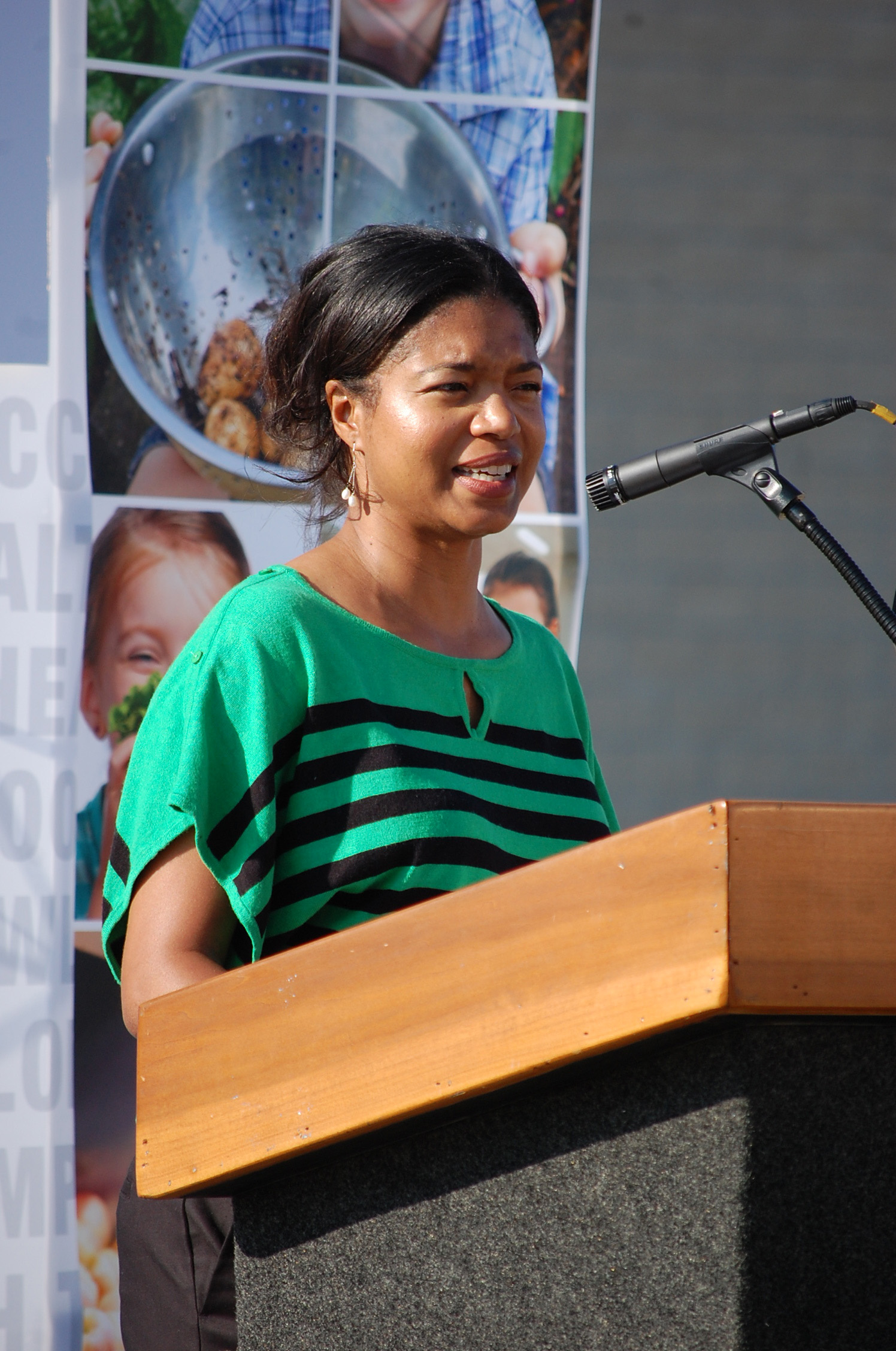 Deidre Griffith with the Missouri Foundation for Health was one of several speakers at the school assembly Wednesday announcing the Healthy Schools Healthy Communities Initiative.

The local community is in line to receive more than $100,000 a year for the next five years as part of the Healthy Schools Healthy Communities Initiative.
With a focus on good nutrition, combined with routine exercise programs, the project is directed toward reducing childhood obesity.
The Missouri Foundation for Health (MFH) announced in a public assembly Wednesday morning that Ava R-1 and Skyline R-2 Schools have received grants to implement the program.
Ann Leonard will implement the program in the Ava Schools and Joy Beeler will be in charge of the program at Skyline.
Deidre Griffith, from MFH, said research show that children born after 2000 may be the first generation to live shorter lives than their parents due to obesity.
Griffith said that through the leadership of Superintendent Brian Wilson and Assistant Superintendent Nancy Lawler at Ava, and Superintendent Jeanne Curtis at Skyline, these two school districts will be models of success for good food and good fun.
Combined, the two districts will receive more that $120,000 per year. Also, the local community will also receive additional funding for health-based facilities yet to be determined. This could come in the form of playground equipment or walking/running trails, etc.
Following the announcement made on the playground, middle school students moved into the middle school gym for Wii-generated exercise activities.
Griffith said research demonstrates that regular physical activity and physical fitness are associated with higher levels of academic performance.