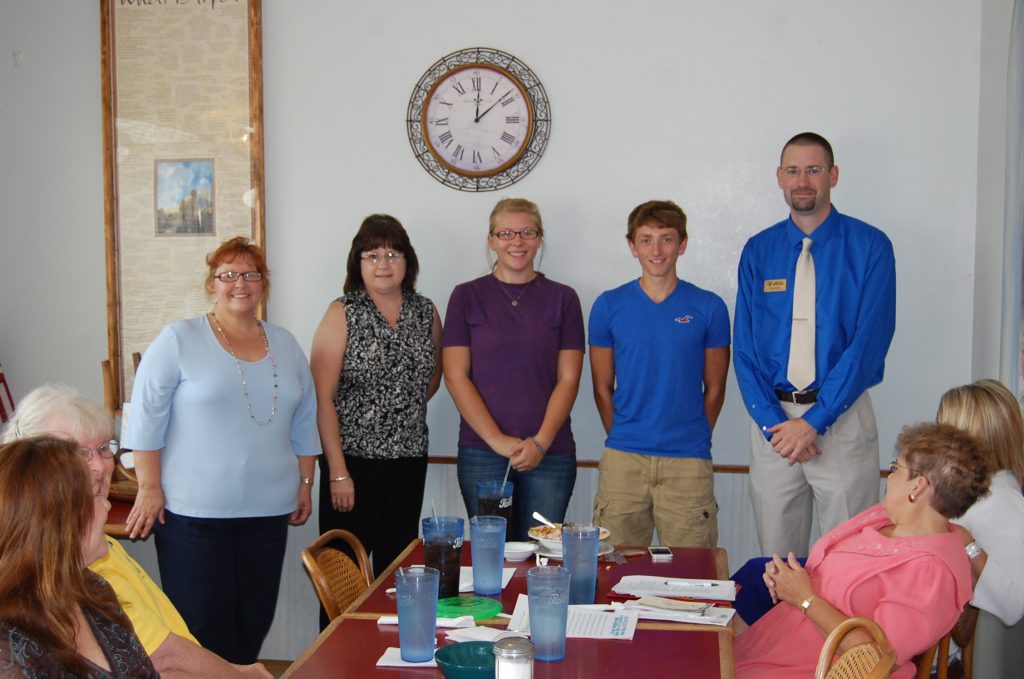 Ava Kiwanis Club and Ava High School made the first Citizens of the Month presentations for the school year last Thursday. September Citizens of the Month are Scotlyn Canape and Jordan Dimirsky.
Jordan received a $25 gift certificate from Town & Country Bank and Scotlyn received a $25 gift certificate from Century Bank of the Ozarks.
Jordan Dimirsky is a senior, and the son of Lisa and Brad Pellham and Wayne Dimirsky. He has played basketball for two years, ran cross country for three years and track for three years.
Jordan placed fourth at state in cross country last year and was honorable mention all-state on the 4×800 relay team.
He has also helped with Heart of the Hills Food Harvest, and is always kind and helpful to others.
After high school, Dimirsky plans to attend college and continue to run track and cross country. He wants to major in some field related to agriculture.
Scotlyn Canape is the daughter of Jean and Steve Canape. She is a junior at Ava High School this year.
Scotlyn is in band, Anchor Club, TREND, and jazz band. In 2013 she received a I rating with the clarinet trio and in 2012 received a I honor rating with the clarinet quartet in state band competition.
Community service activities include helping with Band Booster Club activities.
After high school, Scotlyn plans to attend OTC for two years, then transfer to MSU with a minor in music and major in marine biology.
Scotlyn has also been selected to participate in Macy’s Great American Thanksgiving Day Parade, where she will also get to tour part of New York.