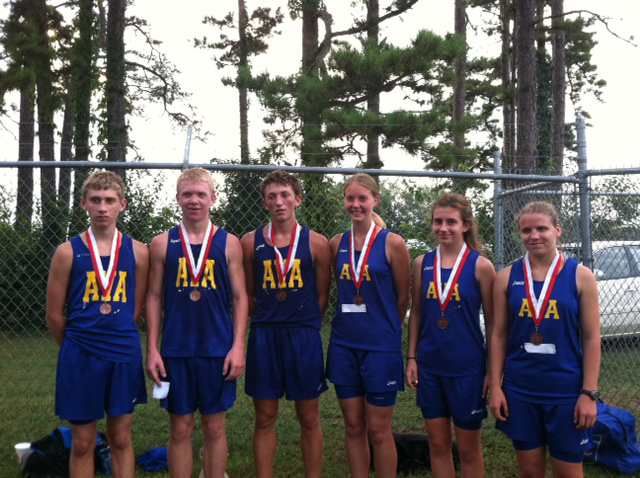 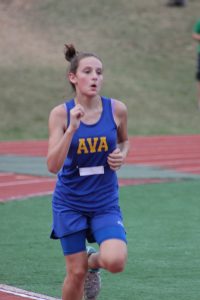 The Ava Cross Country  team traveled to Willow Springs for the annual Steve Waggoner Invitational on Thursday, Sept. 12. All teams competed, including the first outing for the Bears’ junior high teams.
Thirty schools were represented there with more participants than even last year’s large field of competitors.
“Every year this meet gets larger and larger,” said meet director and son of the meet’s namesake, Chris Waggoner.  “With the district meet being held here in Class 1 and in Class 2, those schools like to have the opportunity to race on the same course and get a chance to test it out and see how they measure up for the post season contests.”
For the Ava Bears, in the boys’ varsity race, placing third out of 19 other full teams was a very good indication of the budding abilities of  this year’s rebuilding season.
Caleb Stillings led the Bears with a 5th place finish in a time of 18:08 and Jordan Dimirsky placed 13th with 18:37. Both boys had dramatic improvements from last year’s meet at Willow.
Caleb ran 1 minute 42 seconds faster and Jordan had an improvement of 31 seconds.  Medals were awarded to the top 15.
Daylan Quinn of Liberty won the small school division in 17:29 with John Burd of Mountain Grove placing 2nd in 17:37. Strafford won the team award with runners placing 2, 7, 8, 9, and 10th.  Mountain Grove placed 2nd as a team with a 1, 17, 18, 19 and 31 place counting for team points.
The Ava Bears came in 3rd out of the 19 full teams with scores of 4, 11, 22, 52 and 81.
Freshman Jacob Luebbering ran a 19:23, placing 3rd for the Bears and coming in 27th overall.  Hayden Schuster ran 21:13 to place 66th with John Vineyard and Sage Clunn placing 99th and 100th with only a second separating their times of 22:24 and 22:25.
Liberty, which continues to be a nemesis for the running Bears, only had four of their five members racing. Austin Romine broke his toe and was unable to compete on Thursday.  There were 148 varsity boys in the small school division.
There were two divisions racing – large and small schools. In the large school division West Plains, with their tradition of distance racing still securely in place, won the large school division handily.  Ozark placed 2nd and Mountain Home came in 3rd.
In the girls’ varsity race, the Strafford women continue to dominate the field with Rachel Bareford leading the Indians and placing first overall in 21:11. 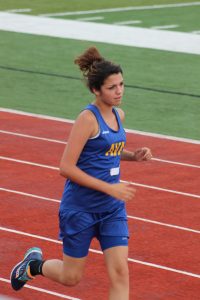