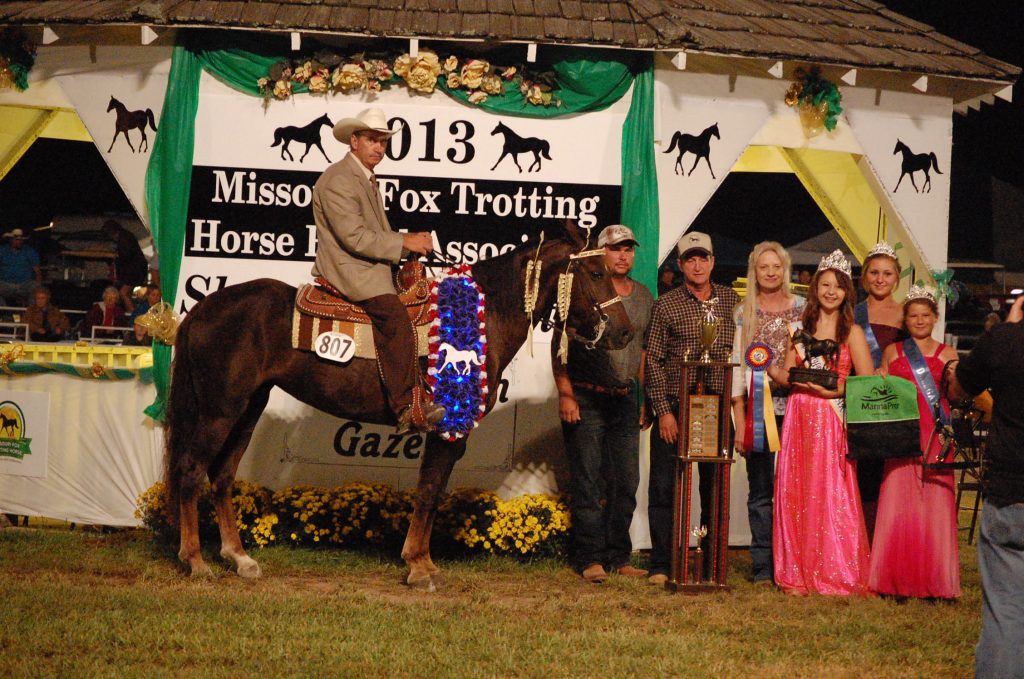 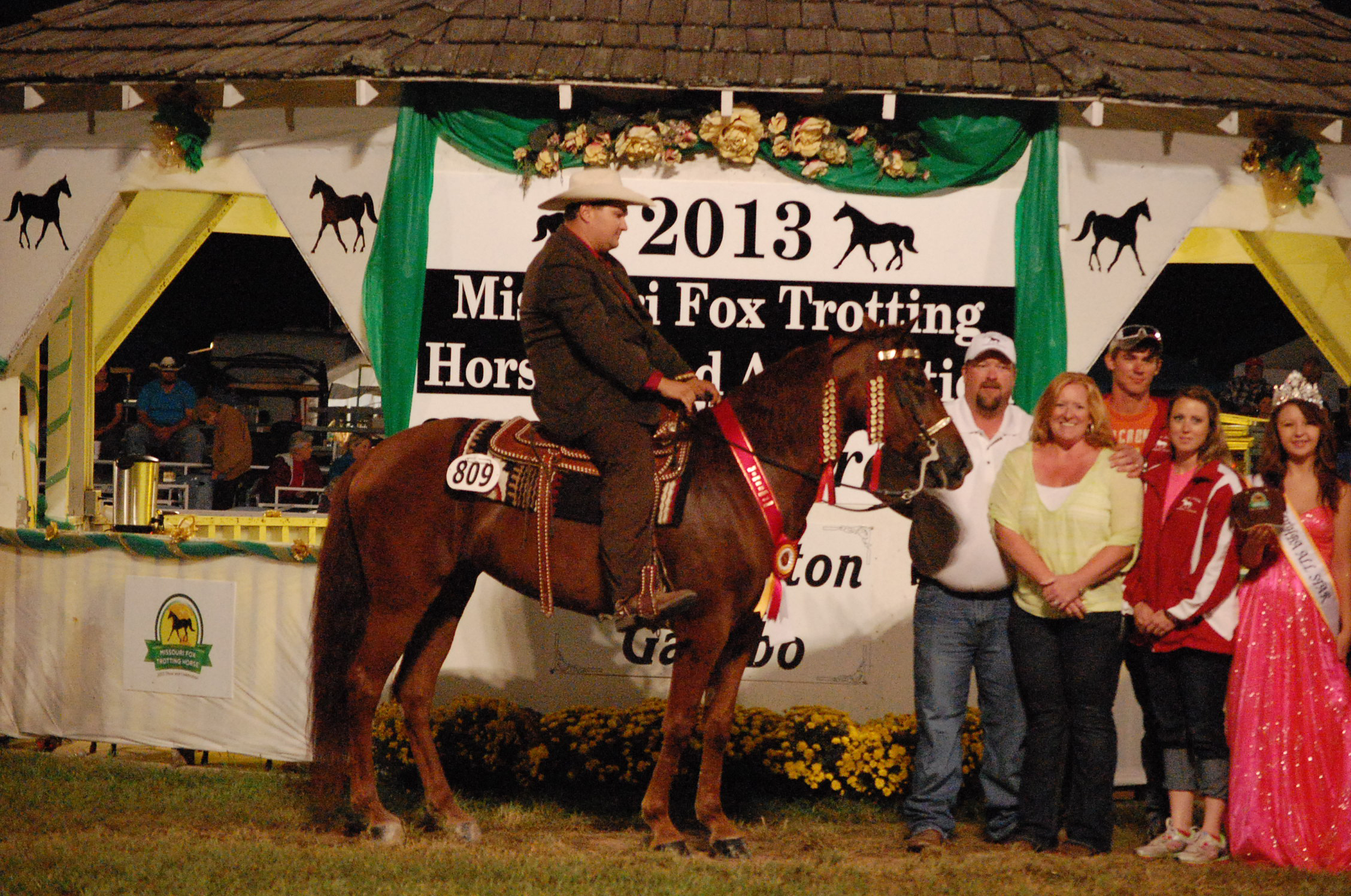 RESERVE WORLD GRAND CHAMPION of the 2013 Show and Celebration is My Hard Time, ridden by Garrett King for Joe Stewart and Jennifer Stewart, of Farmington, Ark.

The new World Grand Champion Missouri Fox Trotter, crowned in the closing event of the Show and Celebration last Saturday night, is Ima Momas Girl, shown by Randy Williams for Gary Cornett and Derek Cornett, of Huntsville, Ark. A large crowd was on hand for the championship show of the MFTHBA on Saturday night and the excitement level intensified as the horses reversed their direction and headed into the final phase of exhibition for the World Grand Championship class that closed out a full week of activity at the show grounds north of Ava.