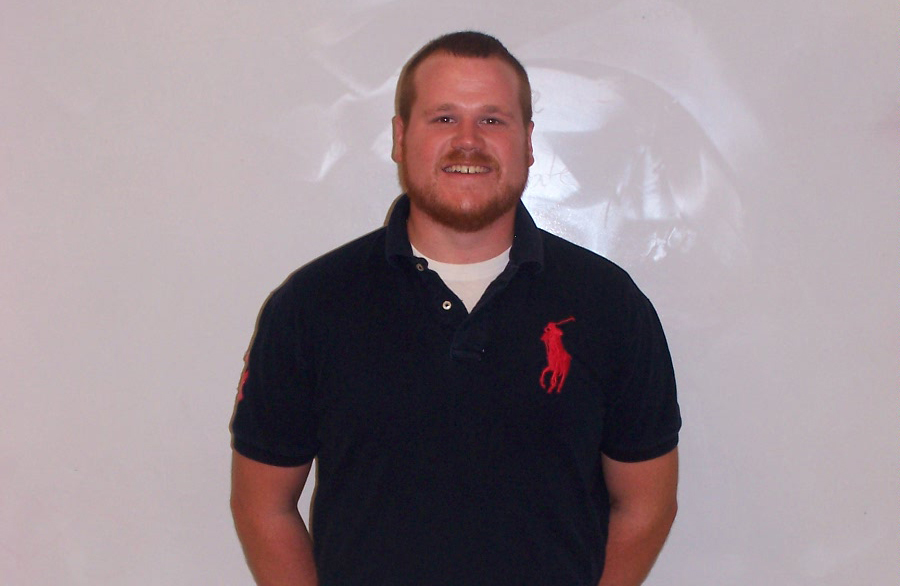 The ‘family farm’ is an expression viewed sentimentally.  For many, it connotes an esteemed lifestyle, a tradition or birthright, and for Ava’s agriculture teacher, Wes Davis, it is the best part of teaching in Ava, it’s home.  He is thrilled to be home, and back on the family farm.

Raised in the country, Wes loves laboring in the fields, and working cattle.  He is proud to carry on the family tradition, which for him started in his youth along side his grandfather, the late Dean Davis. He attributes his ‘love of the land’ to the many values he witnessed in his dad Bob Davis, Uncle Don Davis, and of course, their father, Dean.

Through these examples, he learned the value of hard work, and the importance of good leadership, and those memories always bring him back home where it all started.

Wes is delighted to settle into his hometown community and teach at Ava, his alma mater. With this opportunity, he has the chance to practice what he teaches, and work together with vocational agriculture teacher Brent Lakey, the mentor who encouraged Davis to pursue teaching. He confesses it is a privilege to stand on the educator’s side of the desk, but most of all, it is a pleasure to work with Lakey.

After graduating from Ava High in 2006, Wes went to Missouri State University (MSU) where he graduated with a Bachelor of Science in Education in 2010. While fulfilling student teaching requisites at Republic High School, a position in the Ag department opened up, and the school offered the spot to Davis.  Employed mid-year, he taught in Republic for 3 ½ years.

In 2012, Wes earned a Masters of Natural and Applied Science from MSU.

Throughout his academic studies, Davis stayed active in the field of husbandry and held memberships in several affiliated organiza­tions.  In high school Future Farmers of America (FFA), he served as 2nd vice-president his sophomore year; vice-president his junior year; and president his senior year.

In college, he continued the high level of involvement.  His freshman year at MSU, Davis served as state 1st vice-president, and during his junior and senior years, he served as president of the Collegiate Farm Bureau, and president of the college FFA chapter.

As a college freshman, Davis also earned the American FFA degree, an honor bestowed upon outstanding members that achieve significant accomplishments during supervised agricultural experiences.  These chosen honorees demonstrate the highest level of commitment to the organization, and according to the National FFA, less than half of one percent of all FFA members attain this level of recognition.

As an agricultural ambassador for the university, Davis functioned as a recruiter for MSU at college fairs, high school job fairs, and other events.  Under the program, he also collaborated with other college programs and age groups.  In fact, he recalls being a member of an enthusiastic group of students that made an over-night drive to Colorado, just to attend a 3-day Ag conference.

Wes was also a William H. Darr scholarship recipient, and served as president of Alpha Gamma Rho, a professional and social age-based fraternity.

Currently, Davis oversees and educates approximately 82 students, with 46 students in Ag I, 18 youths in greenhouse studies, and 18 Ag students from the middle school. He also serves as a sponsor and advisor of the local FFA chapter.

As a teacher and mentor, Davis strives to provide students with ample opportunities to succeed in agriculture and FFA.  He feels it is important to teach skills, such as networking and communicating, but primarily he wants to equip students with the forethought and ability to attain success no matter what path they travel – college, farming, or a job in the work force.  He wants to provide the tools.

One of his goals for this year is to upgrade the greenhouse program, and provide better quality Christmas poinsettias, spring bedding plants and vegetables.

From his own work experiences, Wes understands how important it is to impart a real view of the business world to students and broaden their minds to the many jobs available within the field of agriculture. During his years as a student, Davis recalls job opportunities he did not view as agricultural related, only to discover later, they really were.

Two such positions were working as a sensor analyst or “cheese taster” at Dairy Farmers of America (DFA), and soon thereafter, working for the sister company, Dairi Concepts, where he assisted in research and development in a lab environment. As a test worker, Davis helped with development and analysis of various products for Frito-Lay. He admits that wearing a white lab coat and testing products was not within his preconceived notion of farming.

However, these ‘out-of-the-box’ experiences provided Davis with a wider-ranging classification of agribusiness, and now he wants to share all aspects of the vocation with his students.

Agriculture is a science to Davis; therefore, his teaching curriculum also incorporates characteristics of animal biology, and dissections of different types of animal systems.

Davis married his wife Britni in March 2011.  Described by Wes as “a good farm girl from Greenfield, Mo.”, Britni works in Springfield as a registered nurse.  The two met at MSU and discovered many common interests and goals.  They love life on the farm and together enjoy the amenities of an avid outdoor life, which includes hunting and fishing.

Stepping into his hometown with gusto, Wes has already been tapped as a good resource for community projects and new ideas.  There is no doubt he brings a lot of energy to the table.

And, as a gentle warning to students, Davis comes from a family of good-natured mischief-makers and pranksters –– so beware, it’s likely he knows all the tricks.

Wes is the son of Trish and Bob Davis of Ava.