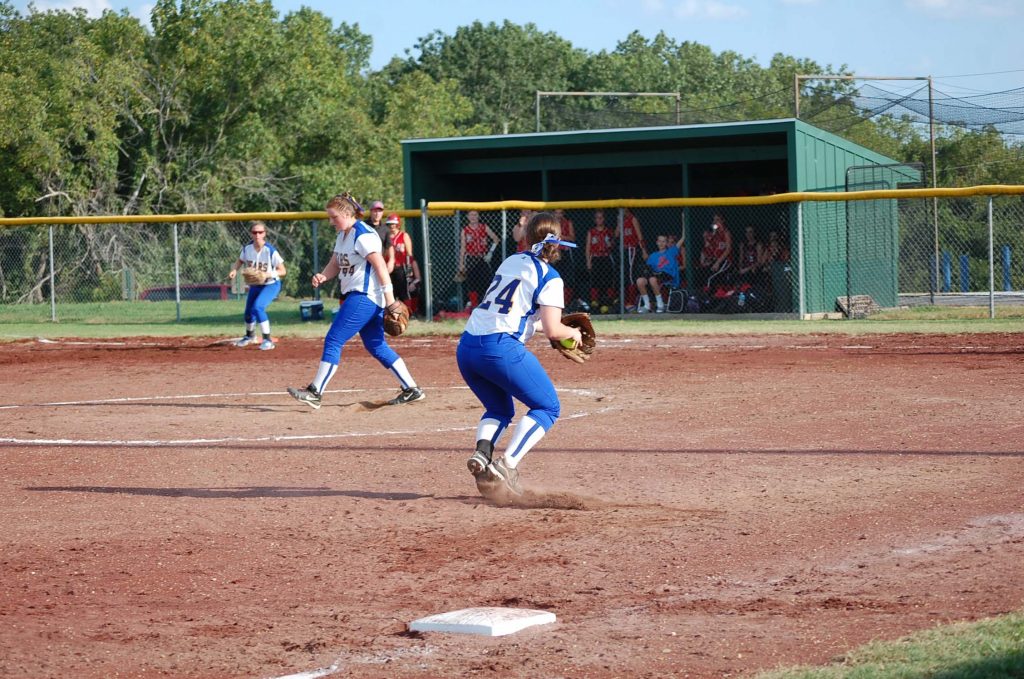 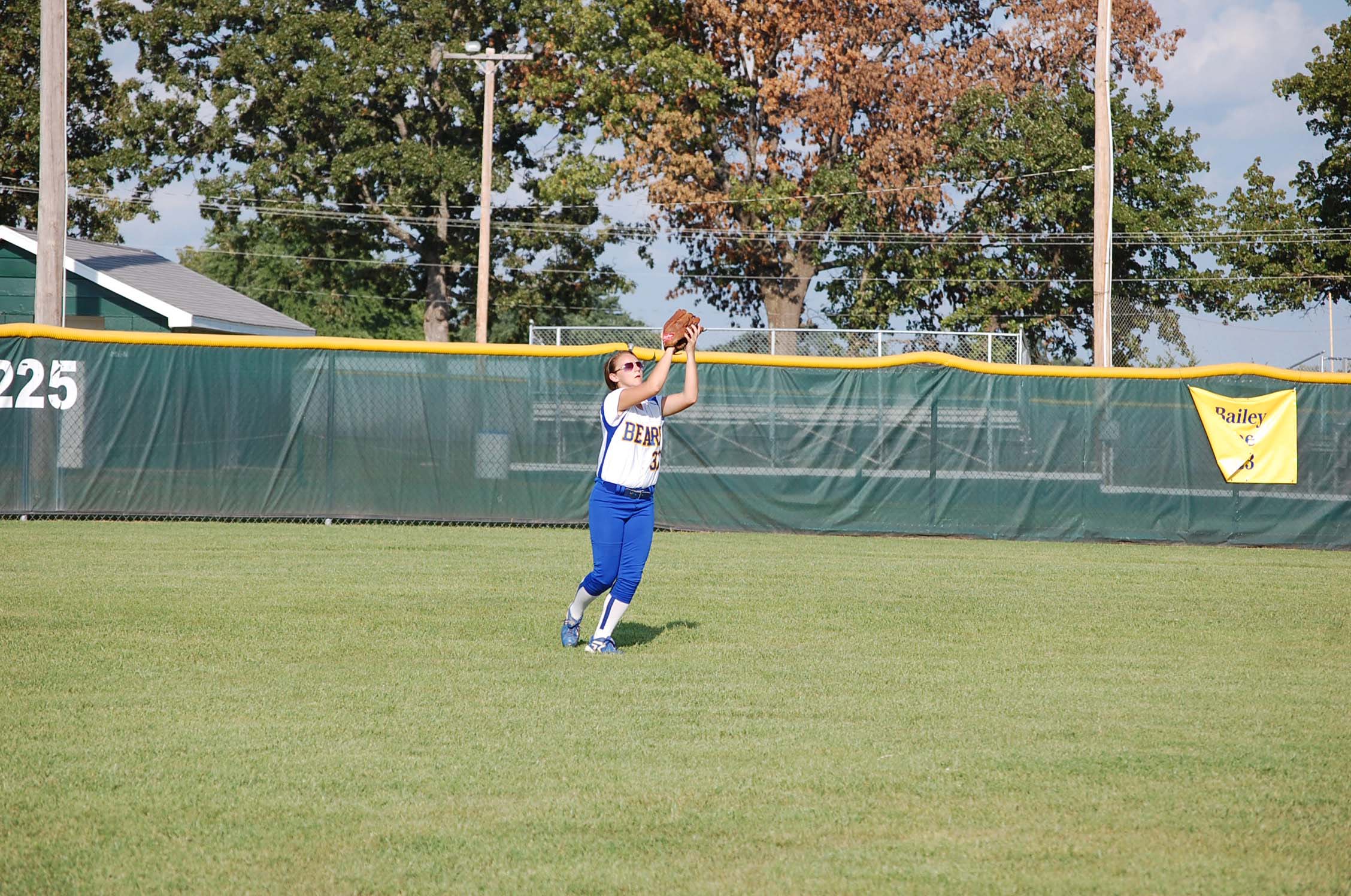 Junior Callie Eubanks squeezes the ball for the sure out on a pop fly to center field in the Dora game here last Thursday.

The Ava Lady Bears opened the 2013 softball season at home last Wednesday in SCA action with Mtn. View-Liberty.
Ava took the game 13-3 on six hits, including four for extra bases, and also took advantage of five walks and five batters hit by pitches.
Maranda Yost was 2-for-2 with two doubles and four runs batted in for Ava.
Jacey Swofford was 1-for-3 with three RBIs on the day and Maison Bovard and Misty Regennitter each drove in two runs, both going 1-for-3 at the plate.
Bailey Lee and Macey Jones each scored three runs for Ava and Callie Eubanks crossed the plate twice, going 1-for-3 with a walk.
Regennitter allowed just two hits on the day, struck out four batters and walked six.
Ava’s defense committed two errors in the game.
The Ava girls were back on the field again on Thursday in non-conference play against Dora, and it was quite a different story for the Lady Bears.
Ava lost the game 12-2 in five innings, and committed six errors in the game.
Regennitter gave up six hits and walked nine Dora batters.
Offensively the Ava girls scattered six hits. Eubanks was 2-for-3 and Bovard was 1-for-2 with a triple, an RBI and a run scored.
Lee, Swofford and Kinsey Thompson each had a hit for Ava, and freshman Emily Guengerich scored a run as a pinch runner.
Ava’s record slipped to 1-2 overall, 1-1 in conference, on Tuesday with a 12-11 loss at Salem.
Eubanks was 3-for-5 at the plate and scored four runs for the Lady Bears. Eubanks also had three stolen bases on the day.
Lakota Blakey drove in three runs for Ava, picking up two hits in five plate appearances and four official at-bats.
Swofford, Lee, Regennitter, Hope Evans, and Thompson each had an RBI in the game and Lee scored twice for the Lady Bears.
Senior third baseman Kayte Aid also had two hits for the Lady Bears.
Ava will play at Norwood Monday, Sept. 9, and will be at Springfield Glendale on Tuesday, Sept. 10.
The girls’ next home game will be Sept. 12  against Rogersville.