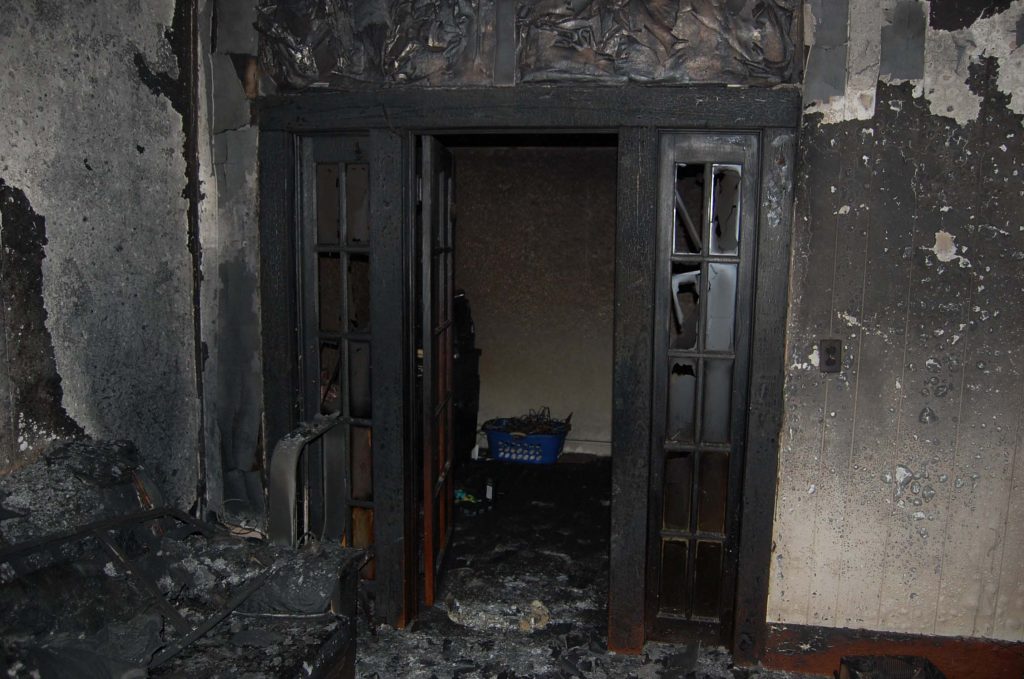 These two photos show two different views of the same room that received major fire damage from an undetected fire last Saturday night. It was determined that the fire started from an electric fan, but burned itself out due to a lack of oxygen in the apartment. The resident and her three children had been gone since Friday, and was not aware of the fire until she was informed by her landlord. 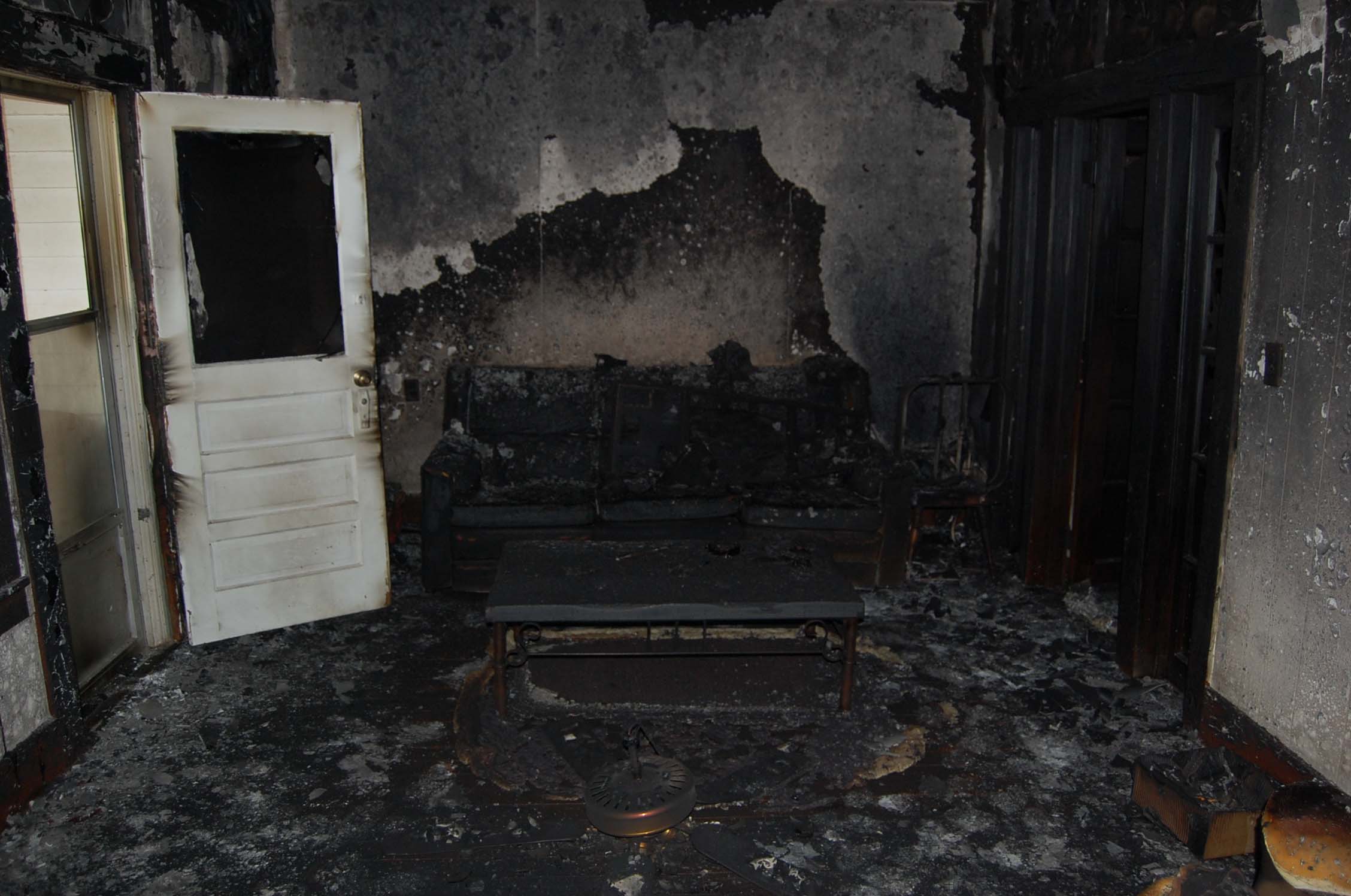 The Ava Fire Department and Missouri Fire Marshal’s Office investigated a most unusual fire Sunday morning in Ava.
The Ava Police Department received a call around 11 a.m. Sunday reporting fire damage to a duplex apartment on SW 3rd Avenue. It was believed the fire was out but the landlord, Warren Gunter, requested that the fire be investigated.
Ava Fire Chief Keith Moore was notified and responded to 300 SW 3rd Avenue along with Ava Policeman Winston Collins.
Upon entering the residence, it was immediately evident that the apartment had not experienced a “small” fire as earlier reported, but instead had sustained heavy fire damage. However, the fire was completely out, as earlier reported.
Further investigation revealed the occupant, Mariah Lakey and her three children, had been gone since Friday. Because the house was closed up, the fire, which apparently started sometime during the night Saturday, had become starved for oxygen and smothered itself out.
If a window would have broken or the fire had burned through the ceiling or a wall, or had found another way to receive oxygen, the building would likely have been a total loss.
Surprisingly, residents of the adjoining duplex apartment were not aware of the impending danger and did not know of the damage next door until they were informed on Sunday morning.
It was determined that the fire was caused by a box fan that had apparently been left on.
The room of origin sustained heavy fire damage and the entire apartment and all its contents were severely damaged by smoke and heat.
Red Cross volunteers were notified and arrived on scene within a short time to provide assistance to the young mother and her children, ages 7, 6 and 3 years.