Mrs. Diana Sanders, 65, of Bolivar, Mo., died Saturday, Feb. 4, 2012 at her residence. Visitation will be from 11 a.m. to 1 p.m., Thursday, Feb. 9, in the Kissee-Schofield-Eakins Funeral Home. Funeral service will be at 1 p.m. Thursday in the funeral home chapel with Elder R.J. Mendel officiating. Burial will be in the Blair Ridge Cemetery, Bradleyville, Mo.

Thelma Diana Sanders was born Friday, Aug. 16, 1946 in Rueter, Mo., to Cecil and Edna (Hoosier) Wright. She attended Bradleyville High School and graduated in 1964. She has lived in various states and had a variety of jobs in Washington, Arkansas, and Missouri. She worked for Bell Telephone in Independence, Mo., retail sales, medical records in Arkansas and Zenith Manufacturing in Springfield, Mo.

While in Jacksonville, Ark., she met Craig Sanders.  They dated for five years and were marred on Sept. 10, 1983 in Blue Springs, Mo.  She retired in 1998 after 10 years as district manager of Casey’s General Stores.  Diana and Craig moved to Bolivar, Mo., in 1999 to be near her daughter.

Diana was very versatile.  She and Craig cherished their trips to Las Vegas and Reno where she played the slots and bingo.  She was an avid reader, enjoyed soap operas and kept up with friends and family on Facebook.  She was a member of The Remnant Church of Jesus Christ of Latter-day Saints.  She was baptized into the church in 1959.  She was very selfless and passionate about everything she did.  Diana loved her family dearly and was incredibly dedicated to her children.

She is preceded in death by her parents; one brother, Jack Wright; and two sisters, June Graham and Genevieve Gabriel.

Memorials in memory of Diana Sanders may be made to the family in care of the KSE Funeral Home.

Arrangements are under the direction of the Kissee-Schofield-Eakins Funeral Home, Forsyth. 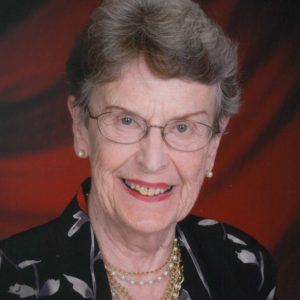